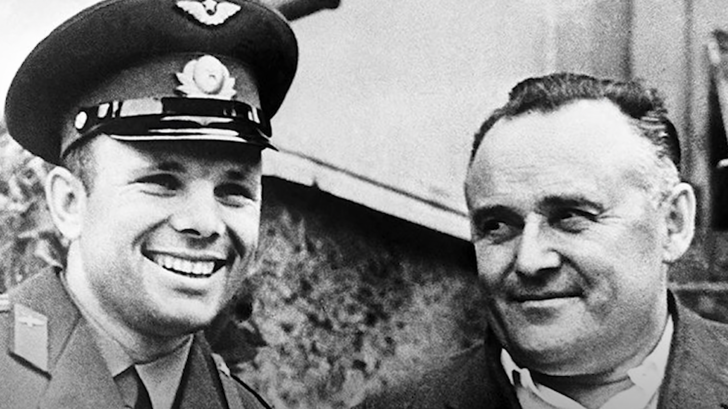 One of the Lucky Ones

Mikhail Devyataev’s story is like something out of a hero movie.

Devyataev was piloting a Bell P-39 when he was shot down near Lviv, Ukraine. As he landed, Nazi troops immediately seized him and he was taken to prison. The Nazis weren’t particularly welcoming when it came to Russian military officers. According to him, there was even an official policy to exterminate Russians.

His first attempt at escape failed and he was relocated to another prison at Sachsenhausen. He had to assume the identity of a dead infantryman called Nikitenko to avoid brutality. Devyataev was later sent to a labor camp on the island of Peenemünde.

Prisoners there were forced to work in gruesome conditions. They cleared unexploded bombs with bare hands, build runways, assembled explosives, and were ruthlessly tortured by the guards.

“One punishment was called ‘Ten Days of Life.’ It meant that a prisoner was beaten for 10 days solid, in mornings, afternoons, and evenings. If he didn’t die on his own during this time, they would kill him on the tenth day.” – Mikhail Devyataev

Soon after, Devyataev found a Heinkell 11 that belonged to a German officer. He studied it for weeks while he convinced three other prisoners to help him.

On February 8, 1945, they finally pushed through with their escape. An accomplice killed a guard and wore his uniform, making him able to lead the men inside the plane without arousing any suspicion.

There was just a small problem with his plan, he was not trained to fly the Heinkel 11. To put it mildly, the startup and takeoff were very rough. It caused a commotion that alerted the Germans of suspicious activity. As the plane sped down the runway for takeoff, German guns were fired at the escapees. When they crossed the border, they were also greeted by the Soviet AA guns until they finally landed on the runway.

Unfortunately, the escapees were met with hostility and were jailed, thinking they were German spies or deflectors. Devyataev spent months inside prison until he was released – albeit presumed as a criminal for years. It wasn’t until 1957 that he was recognized as a Hero of the Soviet Union.

He was thankful for finally receiving the recognition he deserves. His story is truly one of the best escape stories in WWII.

1. He Was A Visionary While spending some of his younger years in junior officer training, he trained units and various regiments while under a supply and logistics role. During this short amount of time, he saw the value in developing tanks and firepower than infantry offensives.   2. Studied Tanks and Trucks He trained […] More

1. Fresh Crew, Fresh Plane 9 new crew members were assigned to the 376th Bombardment Group on March 18, 1943. A week later, a new B-24D Liberator was assigned to the same squadron as the 9 crew members. The crew soon took hold of the Liberator and had their first mission about a week after. […] More

Mission: Bomb Berlin On May 19, 1944, the 331st Bomb Squadron of the 94th Bomb Group journeyed towards Germany from a base in England. That day, B-17 bombers were tasked to go over Berlin for a bombing mission. One of the participating B-17s, named Miss Donna Mae, was piloted by First Lieutenant Marion Reid. They […] More

1. The Champion of Champions The B-58 Hustler was ahead of its time when it was first introduced in the 1960s. As proof of that, it won 5 major trophies that we’ll include in this list, along with the world speed records it set.     2. Broke Six World Records In A Single Flight […] More

Just like the B-52 Stratofortress, the U-2 Dragon Lady is still actively used today. This high-altitude reconnaissance plane just keeps getting better and better.   1. More Than 60 Years In Service Its first flight was 67 years ago and was in service about a year later. It could fly up to 70,000 feet and […] More

1. Shigenori Nishikaichi Was Shot Down During The Assault He was part of the 2nd wave of attacks, flying his A6M2 Zero while strafing and bombing targets across southeastern Oahu. The 22-year-old’s Zero was later damaged and he set out to land on an “inhabited” island called Niihau. He hoped that a Japanese submarine would […] More

Why does the nose come off? The SR-71 had three types of nose cones. Training noses that only had weights for simulation, radar noses to fit radar instruments, and a nose cone to fit a camera. The camera is commonly referred to as “The Country’s Camera” since it can take a picture 72 miles wide.  […] More