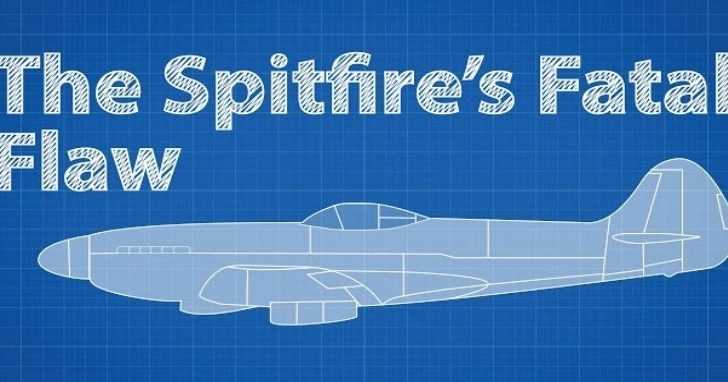 The Spitfire played a crucial role in the battle for air supremacy in WWII. Its highly ironic, thin, and elliptical wings minimized its drag, making it an incredibly agile aircraft.

However, its German counterpart, the Messerschmitt, is also a worthy adversary. Both can reach up to 560 kilometers per hour, powered by huge V-12 piston engines.

However, the Spitfire’s earlier versions had a fatal flaw. When doing negative G maneuvers, the engine would usually cut out. While the carburetor type is okay for early cars, a plane that can turn upside and enter deep dives causes it to struggle.

Usually, when the plane turns over, the engine is starved with fuel and then shuts off. When it goes back to level flight, an over-rich fuel mixture enters the engine, which results in black smoke.

German pilots quickly realized this flaw, giving them an edge in dog fights since their planes use a fuel injection system that doesn’t suffer the same problem.

With the war raging on, Britain needed a quick fix for this problem. That’s where the young female engineer in the Royal Aircraft Establishment, Beatrice Shilling, came in.

She placed a simple brass ring between the end of the fuel intake pipe and the carburetor’s chamber’s entrance. As a result, this restricted the fuel flow into the carburetor to the maximum needed during a dogfight.

While this didn’t solve the initial fuel starvation problem, it did delay more serious problems. This allowed Spitfire pilots to be far more competitive when new carburetors were installed in 1942.