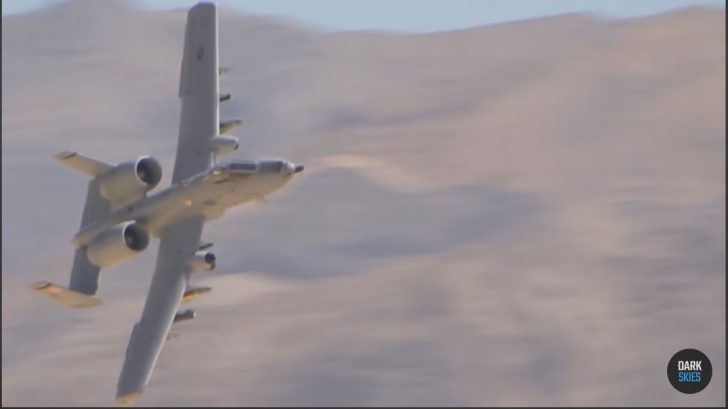 The Fairchild Republic A-10 Thunderbolt II is the only production-built US Air Force warplane designed primarily for close air support. It has excellent maneuverability for high accuracy, along with a slow top speed of 420 miles per hour.

Here are some facts about the only plane the US Air Force has never been able to kill:

The winning design came from Fairchild Republic and was chosen because of its dramatic low-altitude maneuverability, survivability, weapon accuracy, and mission-capable maintainability.

The model was later renamed the Fairchild Republic A-10. It is a single-seat, twin-turbo fan, straight-wing, subsonic attack aircraft. It was named a successor to the Republic P-47 Thunderbolt.

Still, the Thunderbolt II earned the nickname Warthog because of its aggressive look and white claws that are painted on its nose cone.

Not a Delicate Aircraft

The Warthog’s airframe has a 1,200-pound titanium armor protecting the cockpit and all its systems.

It can also absorb heavy damage by shielding the pilot and control system from enemy fire, allowing it to continue flying.

Put to the Test

On April 7, 2003, the A-10’s armor was put to the ultimate test when Major Kim Campbell flew over Baghdad, pointing the gun of her aircraft at the enemy attacking American troops. But as she flew over the target area, she heard a loud bang on the back – she’d been hit.

Campbell then put the plane into manual reversion and made it controllable to return to base with her crippled plane. Campbell was later awarded the Distinguished Flying Cross, as she was one of the few pilots who managed to fly the A-10 in manual mode.

Although initial plans to replace the Warthog gradually were in place, several critics think that this move would be a giant leap backward, given the plane’s exceptional performance. Up to this day, the A-10’s future remains a subject of debate.