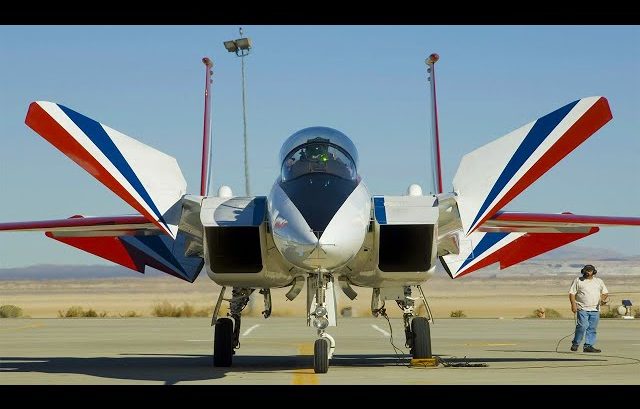 The McDonnell Douglas F-15 Eagle is the primary fighter jet aircraft and intercept platform of the US Air Force for decades.

It has established itself as the world’s most dominant, all-weather, day and night air superiority fighter for more than 40 years.

The F-15 Eagle is a twin-engine, all-weather tactical aircraft that was initially developed to replace another fighter built by McDonald Douglas- the F4 Phantom 2 used extensively in the Vietnam War.

After the conflict, the US Navy wanted a new plane that can outclass the Soviet MiG-25, leading to the FX program to develop a powerful air superiority fighter.

The basic variant features an all-metal fuselage, a massive cantilever, a mounted wing with a cropped delta shape, and a 45-degree leading edge sweep-back angle.

Two Pratt Whitney F-100 turbofan engines with afterburners supplied over 23,700 pounds of force, allowing the plane to achieve a maximum speed of 1650 miles per hour at high altitudes, and 921 miles per hour at sea level.

In 1993, the US Air Force handed the keys to its highly modified dogfighter to NASA.

The primary goal was to develop and demonstrate advanced engine aircraft flight control technologies that would significantly boost the plane’s engines and operational capabilities, and a series of modifications were carried out.

Unlike the previous control systems under the STOL MTD program, these movable nozzles provided a 360-degree arc that could redirect outflow.

Moreover, the aircraft was equipped with a flight test noose boom configured with an angle of attack and two canards in the upper inlet area forward of the wing. When combined, all of these systems turned the aircraft into the best F-15 in the world.