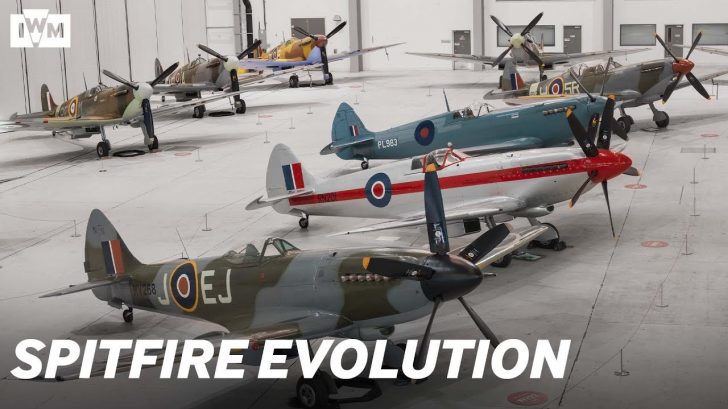 The way its wings were designed made it fly as smoothly as possible. Spitfires could recover by pushing the nose down when facing the problem of stalling. The pre-stall buffet warnings also helped pilots determine if a stall would happen soon.

From the start, the Spitfire could only put out 900 to 1100 horsepower. This was enough horsepower at the time but frequent updates to enemy planes forced Britain also to upgrade its engines. According to ace pilot Anthony Bartley, the first Spitfire he flew at Dunkirk had around 1200 hp, while the last Spitfire he flew had 2400 hp.

One of the most striking features of the Spitfire is its timeless design. Its airframe stayed almost the same throughout its production. At least 24 versions of this aircraft were made, yet the silhouette had minimal changes. It speaks to what Reginald Mitchell, the engineer behind the Spitfire, has accomplished.

In order to close the gap between the FW-109’s advantage against the Spitfire, the Mark 5 version had the tip of its wings clipped off. This was done to help the plane roll out of the way quicker against the FW-109s. However, it did decrease its capability to do sharp turns because of the reduced surface area.

The introduction of the Griffon engine dramatically changed how faster Spitfires became. From a measly 1000hp warbird, it could suddenly output more than 2000hp near the end of the war. The Griffon engine was almost 10 liters bigger with a 5-bladed propeller. Though this version wasn’t as prominently produced, it aided the development of other piston-engined fighter planes.

After a lot of combat experience, the Irish linen used for the ailerons proved to be impossible to operate at high speeds. The engineers behind its design then opted to change the fabric to a light alloy. Because of this, the Spitfire became more controllable at high speeds.

An earlier version of the Spitfire had alternate colors under its wings. This was implemented to help differentiate German planes from Allied planes. Unfortunately, this also meant that German planes and AA guns could pinpoint which ones were the Spitfires. Soon enough, they deviated from this design.

From eight rifle-caliber machineguns to four 20mm Hispano V cannons, two 250lb bombs on each wing, and another 500lb bomb at the center, the evolution of the Spitfire’s armament is admirable. Fighters found that eight machine guns were incapable of destroying larger aircraft. Therefore, 20mm Hispano cannons were fitted into the wings to boost firepower.

Spitfires started off lacking fuel injection, which made them unable to dive along with the Luftwaffe fighters since their fuel would be forced out of the carburetor. A metal disc with a hole was fitted in the fuel line to fix this problem. Though it did not fix the fuel starvation in dives, it reduced the possibility of a carburetor being flooded by fuel.

As the Spitfire kept getting faster and faster for each version, it introduced one big drawback. The possibility of an aileron reversal happening increased as the speed increased. Engineers then redesigned the wings of the Spitfire. The new wing increased the stiffness to about 47% and had ailerons designed using piano hinges and geared trim tabs.