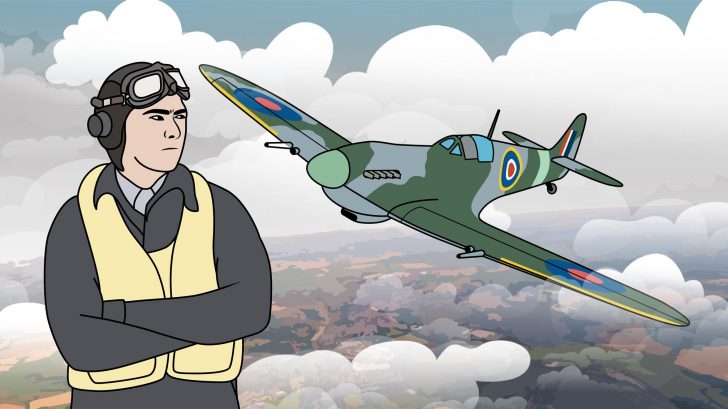 In the documentary Battle of Britain: Pilot’s Stories, David Denchfield of the Royal Air Force 610 Squadron was asked about the legendary British aircraft Spitfire. With every bit of nostalgia, he replied:

“I took off, and it was bloody marvelous, you thought you’ve been flying it all your bloody life”

There is no doubt that the Supermarine Spitfire earned its rightful place in the annals of modern warfare. Like Churchill’s V for Victory sign, it is also a timeless symbol of the Allies’ aerial warfare supremacy and the destruction of Hitler’s ambitions of worldwide domination. Its agility and swift maneuverability is a stuff of legend in itself, and it is not surprising that the majority of the RAF veterans considered it as their war machine of choice.

However, flaws are unavoidable in any feat of warfare innovation, and the delightful yet powerful Spitfire is no exception. Here, we show you the issues of the beloved Supermarine Spitfire that were fixed just in time to make it the premiere fighter plane of the war.

Ever wondered why there were an awful lot of Hurricanes compared to Spitfires during the Battle of Britain? It’s because the design team could not decide about the Spitfire’s wing design.

A wealth of evidence shows that the Spitfire’s elliptical cantilever wing was inspired not by a technological breakthrough, but a hunch from Reginald Mitchell – the Spitfire’s Chief Designer. The historian E. Morgan had found out that the aerodynamic performance of an elliptical wing is not much different from that of a straight tapered wing. In short, Mitchell’s indecisiveness resulted in the delays in coming up with the Spitfire’s final design.

In fact, only a 10:35 wing-to-body ratio was manufactured in 1938 – the same year Mitchell died. It also did not help that the production of German fighters only took half of the man-hours it took for the production of Spitfires. If it wasn’t only for Germany’s poor strategy, Britain could have lost the war.

2. The Engine Would Cut Out During Negative G’s

The early designs of the Spitfire couldn’t perform negative G maneuvers without stalling. The culprit? When performing these maneuvers, the fuel would move to the top of the ‘float chamber’ causing the engine to cut out as the valve was starved of fuel. Then as the plane became level again, the pressure within the float chamber was so great, it caused an overly-rich fuel mixture to flood the engine. Sometimes impossible to start again.

But the simplest solution revived the Spitfire’s aspirations to be the ultimate dogfight machine: British engineer Beatrice Shilling placed a brass ring inside the engine to serve as a stopgap against the fuel flowing into it.

The brass ring only minimized the leak to an acceptable amount and was eventually replaced by pressured carburetors.

A flaw that is not as serious as the previous two, but an imperfection nonetheless.

Allan Wright of the 92nd Squadron may have considered the Spitfire as the most delightful and most reliable airplane to fly, yet he – as well as many air force veterans – recalled instances where the Spitfires that are trying to land often tipped on the elongated nose, and as a result collisions with idle planes were not uncommon. This is because the Spitfire’s center of gravity resided too close to the wheels.

Despite the Spitfire’s narrow landing gear, it was not as bad as that of the BF-109 which frequently ground-looped because of the narrow and splayed out landing gear.