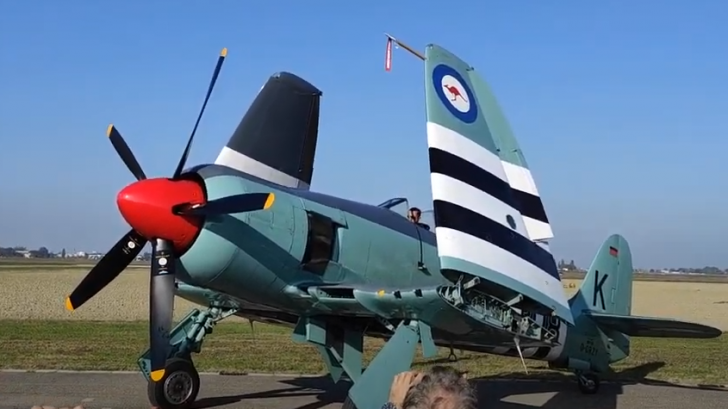 The aircraft came in a little late in the game, but nonetheless it served as the Royal Navy’s last prop fighter. With under 900 ever built, the plane served mainly in the Korean War and Cuba.

The design revolved around naval warfare, meaning it was capable of taking off from and landing on aircraft carriers. It was one of the fasted single reciprocating engine aircraft put in production and it’s no wonder it’s a warbird fan favorite.

We found this clip and couldn’t be happier to share with the audience how this beast sounds on start up. There’s a reason people gathered around in this clip and whipped out their phones.