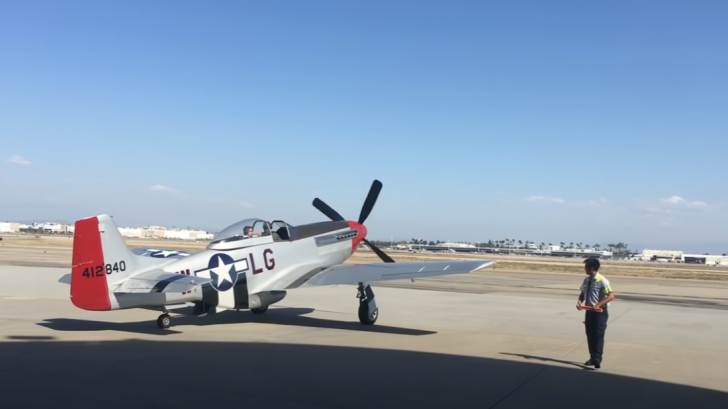 If you’ve got millions of dollars to spare, what better way than to have your own P-51 Mustang? Well, that was Tom Cruise’s aircraft of choice when it comes to old warbirds and we can’t blame him! We know Brad Pitt has a spitfire, and that was a great choice too.

This beautiful Mustang was spotted in Long Beach back a few years ago, and is said to even be featured in the upcoming Top Gun II movie! C’mon, man. We’re waiting!

It was supposed to come out last summer, but it still hasn’t come out. This plane is supposed to be featured in the film as well.