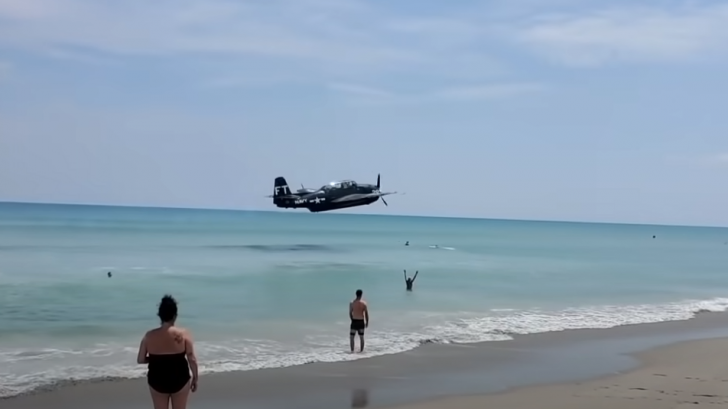 Pretty tense moments during an air show in Cocoa Beach, Florida as a WWII TBF Avenger was forced to make an emergency landing on the beach. The scary part is that there were actually people in the water when this plane went down, but it looks like the pilot did a great job trying to avoid people and went into an area that was more or less empty. It turns out that the reason for this emergency landing was due to a mechanical failure. however some people thought it was actually a stunt, until of course the plane hit the water. some pretty tense moments.