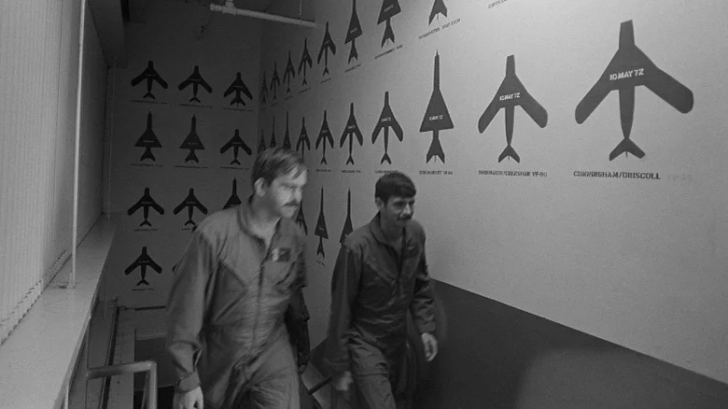 Earlier results taken from the first half of the Vietnam War showed that the Navy’s losses were piling up. They were losing aircraft and aircrew at an alarming rate. After the program ran its course, the kill ratios from the second stage of the war favored the US better. According to author Robert Wilcox, the Navy increased its kill ratio to 12:1, fully dominating the Vietnam skies.

The school’s sole focus was to train fighter crews in combat tactics. In this way, the Navy could correct the abysmal kill ratio that the F-4 crews had in the first stage of the war. Alas, their hard work paid off and the Navy performed better. The instructors assigned to the program were the cream of the crop and it showed in the results.

The men behind the program wanted to do everything in their power to train excellent pilots and the only way to do that, is to emulate the fighting conditions in Vietnam. For this task, the instructors flew small, light-aggressor aircraft to mimic the MiGs. Such examples were the Skyhawks, Intruders, Corsairs, and Delta Darts.

Dan Pedersen said that Navy pilots back then went to war thinking they were the best pilots in the world. Because of their inherent cockiness, the pilots became too complacent and comfortable in battle. What the pilots were not expecting, was the effectiveness of Vietnam’s strategies designed to counter the US. This led to the losses that the Navy had during the first half of the war.

5. Started Out In A Trailer

Receiving almost no monetary help from the Navy, Dan Pedersen and his crew could not muster enough money to make a proper lecture room. What they did find, was an abandoned trailer located in a remote part of the base. After exchanging a case of scotch for the crane operator’s service, the 10ftx40ft trailer was moved to the Topgun area.

The name “Topgun” was not an original idea from Pedersen or his crew. In actuality, the name was taken from an annual air weapons competition that used the Topgun name until 1958.

A program that received barely any financial support is destined to have a rough start. Aside from having no money, they also did not have their own classroom, office, or even maintenance and mechanic crews. On top of that, they had to come up with a curriculum just 60 days before the first class started.

The Topgun program wasn’t big enough to train a lot of pilots. What they did was get the pilots handpicked by their squadron commanders and teach them the curriculum. After about five weeks of training, they were made to return to their respective units. This was done to spread the teachings to their fellow servicemen.

Inviting the right people was easy for Dan Pedersen. When it was time to pick his “Original Eight”, he already had all the right names in mind. He talked to all of them and made them read the Ault report as he briefed them about the insurmountable task ahead. All of the invited pilots and radar intercept officers did not hesitate to sign on. Pedersen knew they fully trusted what he wanted to do in order to win the war in Vietnam.

The school’s mission has always been to train the students in all aspects of aerial combat. To add to that, pilots should respect the capabilities of the enemy and approach war with utmost professionalism. The job was to make sure that all Navy servicemen, from COs to trainees, were trained in the latest tactics taught by the Topgun instructors.