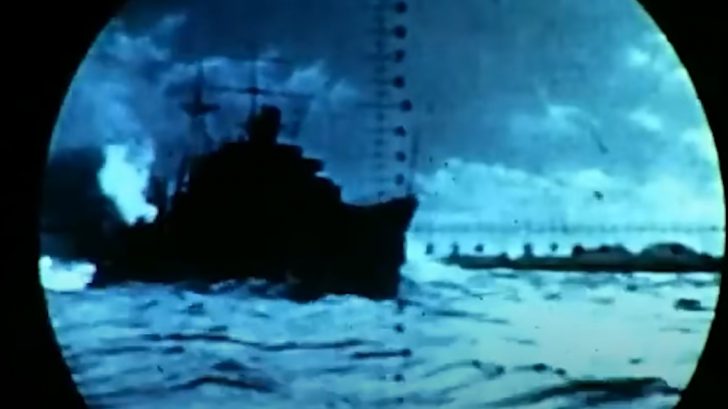 The wolfpack composed of USS Steelhead, USS Hammerhead, and USS Parche departed the island of Midway in June 1944. Their mission was to patrol the area between Formosa and Luzon to destroy Japanese merchant ships.

On July 31, a Japanese convoy composed of 18 ships carrying 10,000 troops and a thousand tons of supplies was spotted by USS Parche. The convoy was escorted by seven Japanese warships weary of any US submarines in their vicinity.

At around 4 AM, USS Parche launched an attack, penetrating the defenses of three naval escorts. However, this maneuver led him on a collision course with the convoy. USS Parche managed to turn at the last second and ordered the ship to turn starboard. It fired two bow torpedoes, missed, and fired once more from its stern, claiming a kill.

USS Parche found herself in a tight spot again, this time in front of two oil tankers. She fired four torpedoes, all hitting the first tanker. The crew then turned to starboard and fired three torpedoes at the second tanker, scoring two hits. After damaging the tankers, USS Parche saw a transport ship that had 5,000 troops aboard. They fired two torpedoes, cutting off its power supply.

The wolfpack wasn’t finished. They spotted another transport ship with thousands of troops. USS Parche fired four torpedoes and downed the ship, taking the lives of thousands of soldiers. In under an hour, Commander Lawson Ramage and his crew did the impossible. Commander Ramage was rewarded the Medal of Honor for this achievement.