In 1930, the US Army and Navy looked for an engine that could meet or exceed a benchmark of 1hp per cubic inch. Back then, only racing engines could achieve this benchmark, but these four engines tried their best to achieve that goal: 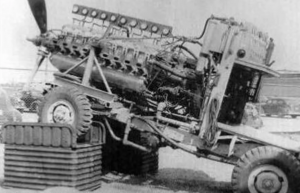 Chrysler was adamant that their inverted V-type 16-cylinder engine would be an evident success. The liquid-cooled engine capable of generating 2,000hp caught the attention of the USAF, earning them a contract in April 1941. However, the contract was amended before they could make a full-sized engine. Now, the engine had to include fluid coupling, an axial-type coolant pump, and a radial-type supercharger. When the engine was finally finished in July 1942, its crankcase was destroyed during a test. Production and testing were halted because of this until almost a year later. Once more, the design was amended – now to include a two-stage, two-speed supercharger. By the time it was ready in 1945, the war was already over. 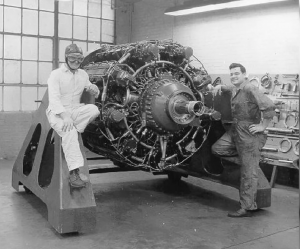 The liquid-cooled XR-7755 was the largest piston aircraft engine built in America and was slated to power the B-36 Peacemaker. It had 36 cylinders, each with a 6.38in bore and 6.75in stroke, oriented in four rows of nine cylinders. Unfortunately, much like the XI-2220, it only had two valves per cylinder, limiting the power it could generate. Furthermore, its weight-to-power ratio wasn’t great, only generating 5,000hp for its 6,050lb weight. Only two of these were built before it was canceled in 1946. 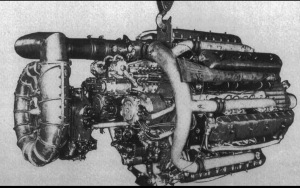 In 1940, Wright proposed an experimental 42-cylinder with just a displacement of 2,160in3. The R-2160 was arranged in six rows with seven cylinders each and two valves per cylinder. It could output 2,350hp at 4,150rpm during takeoffs while weighing at 2,400lbs, meaning it met the one horsepower per cubic inch goal. Aside from this highly-ambitious 42-cylinder engine, Wright also devised plans to make a 70-cylinder engine which never came to fruition. 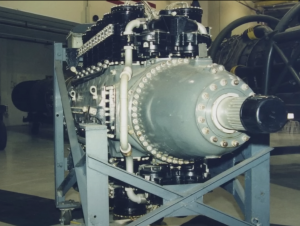 The water-cooled 24-cylinder engine was initially designed for the XP-55 Ascender, Lockheed XP-49 and XP-58, Northrop N-1 and XP-56, and the Vultee XP-54 Swoose Goose. One of its main features was the sleeve valves which offered high volumetric efficiency, lower operating temps, increased longevity, and more. However, the resignation of George Mead led to its untimely cancellation.