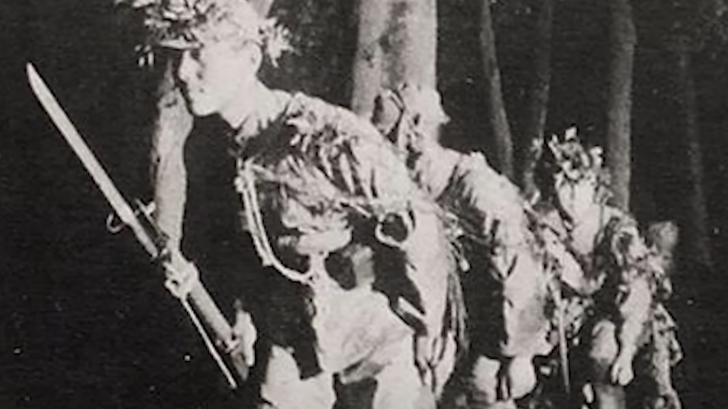 In early 1944, Iwo Jima was viewed as a remote and boring place to be assigned as a soldier. No fighting was involved since the Japanese Navy and Air Force controlled the islands and the waters nearby. The only real threat at that time was the absence of clean, drinkable water.

All of that changed when America invaded the Marianas Islands in June 1944. The Japanese soldiers at Iwo Jima were quickly reminded of what the US was capable of. From the 15th of June, US aircraft consistently flew over the islands to bomb Japanese airfields and fortifications.

In the following months, Japanese soldiers worked themselves to the brink of dehydration. They dug tunnels, hauled construction supplies, and prepared firing positions – all while consuming substandard rations and strictly boiled water.

On February 19, 1945, hundreds of amphibious vehicles with thousands of US Marines on board made their way into Iwo Jima. At the same time, US aircraft were still doing their usual bombings as Japanese soldiers watched from their bunkers with growing unease. A Japanese radioman had this to say when he saw the Marines preparing to invade:

“It reminded me of a crowd of baseball fans waiting for the stadium to open.”

When US troops took hold of most of the island, there were no other options (according to them) except to fight to the death. Some Japanese officials ordered Banzai charges, all of which were quickly wiped out by US machine guns. Meanwhile, several Japanese men inside the caves decided to shoot themselves rather than surrender.