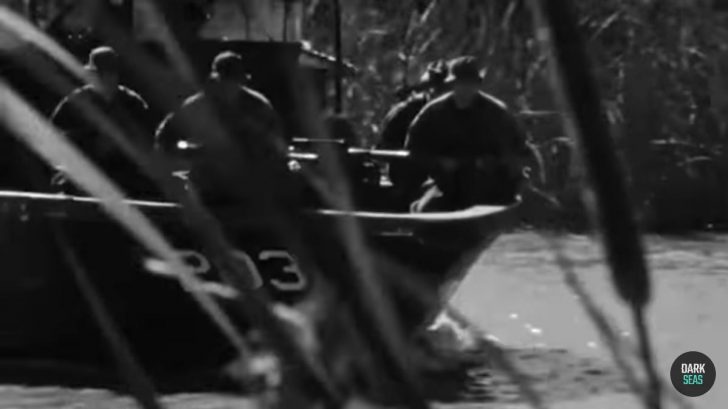 James E. Williams and his team were ambushed by 50 Viet Cong sampans at the Mekong Delta. He knew he needed to act quickly, and do the impossible.

On December 1965, the US Navy formally introduced the Brown Water Navy in Vietnam.

These boats would be part of the river patrol force to stop the following of North Vietnamese troops, supplies, and communication to South Vietnam.

Officer James E. Williams was in command of PBR 105, and he and his crew were tasked to hunt down guerillas in an isolated area along Mekong Delta.

While they eliminated one of the enemy occupants, the Sampan fled to an adjacent, smaller river and they went after it. Little did they know they were walking straight to a trap.

Williams and his men fought their way out of the trap, but were confronted with more hostile Vietcong forces. PBR 105 and 107 were both outnumbered and outgunned.

Williams knew mobility was crucial to survive the onslaught. He called his comrades to break through enemy formation at high speed.

He then repositioned the two boats, firing 50 caliber rounds, and called air support. However, it was going to take time for help to arrive.

Making it Out Alive

When air support finally arrived, the focused on UH-1B Huey helicopters focused on the river craft, while the two patrol boats went to the shore to eliminate enemies hiding. It was a three-hour-long battle, and the US Naval force was able to destroy fifty vessels, kill over 1,000 Viet Cong guerillas, and affected a massive enemy logistic operation.

Williams was awarded the Medal of Honor for his courage and leadership. Meanwhile, the Brown Water Navy would continue to fight across the rivers of Vietnam.