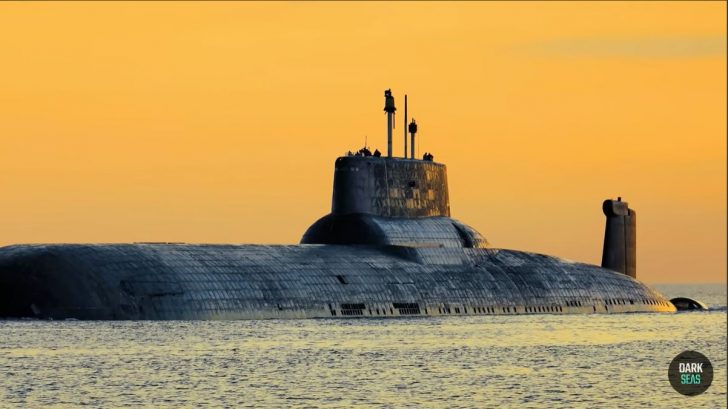 Do you know that Russia’s Typhoon-class submarines were one of the biggest subs ever built? In fact, it is the undisputed king of submarine design.

Here are some interesting facts that you need to know about the submarine that was too big to hide:

It was during the 1970s when the USSR launched the Typhoon program which is a code name for the new nuclear weapons plan.

The endeavor was to build a submarine that was capable of launching new nuclear missiles. At the same time, the vessel should also be capable of remaining at sea for months, in case a nuclear war broke out.

The resulting Typhoon class was a nuclear-powered ballistic submarine. It was 175 meters long and remains one of the largest classes of submarines ever built, with 48,000 tons of submerged displacement.

Furthermore, the craft had to accommodate comfortable living spaces for 160 people who would be submerged for as long as 120 days under normal conditions. Its sheer size made it possible to squeeze in even a solarium, a swimming pool, and a sauna.

While the Ohio-class submarines could carry 102 nuclear warheads of 100 kilotons each, the Typhoon class would also carry 20 RSM-52 Intercontinental three-stage ballistic missiles. Furthermore, the Soviets aimed to provide their missiles with an enhanced range. To accommodate that, Soviet SLBMS had to be significantly bigger and heavier than their Western counterparts.

It is said that the word, ‘Typhoon,” was first used by General Secretary Leonard Brezhnev of the Communist Party back in 1974 when describing the new type of nuclear ballistic missile submarine in reaction to the US Navy’s Ohio-class.

It features a multi-hull design with no less than five inner hulls. These were located inside the superstructure, comprising the two parallel main hulls which were coated with sound-absorbent tiles. The third much smaller hull is located at the center, protruding just below the sail. This significantly enhanced the Typhoon’s menacing appearance. Multiple pressure hulls simplified the internal design and made the ship wider than average submarines. It also increased the vessel’s overall survivability. If any of the pressure hulls were breached, the crew of the next one is safer with less risk of flooding.

Its design also included ice-breaking features and technology for traveling under the ice. It could dive as deep as 400 meters and reach a maximum speed of 25 knots when submerged. Meanwhile, its cruising speed is 12 knots.

In total, Russia had built six Typhoons between 1976 and 1985. In May 2010 the Commander-in-Chief of the Navy reported that Russia’s Typhoon-class submarines will remain in service until 2019.

One of the reasons cited for the decommissioning of these vessels is the successful trials for the Borei-class submarine.