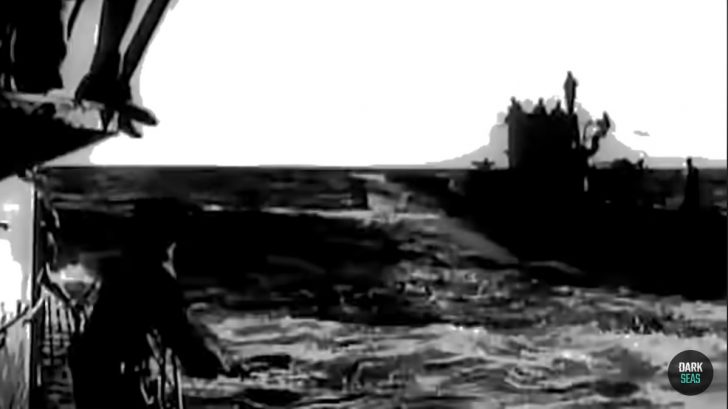 In September 1942, British RMS Laconia was hit by Germany’s U-156 submarine. However, when the U-boat commander learned that there were more than a thousand Italian prisoners of war aboard, they abandoned the attack. Little did they know that this humane act would cost them.

That evening, a German U-156 submarine spotted the troopship and regarded her as a legitimate target since she was armed. The submarine engaged, and the Laconia was struck directly by two torpedoes.

Contrary to Allied propaganda, German submarine forces didn’t routinely attack the crew of the vessels they had just destroyed. In the early stages of World War II, submarine commanders were willing to protect the lives of shipwrecked mariners, assisting them with food, water, and basic medical care.

When Laconia was hit and many survivors ended up in the waters, the U-156 suddenly surfaced. Realizing that they have endangered the lives of so many prisoners from a country that supported them, the captain decided to help.

The crew asked for help from an Italian submarine and two other German U-boats nearby. Three Allied warships, one French, and two British, also sped onto the scene.

On the morning of September 16th, an American B-24 Liberator heavy bomber sank the submarine despite the U-boat captain’s request for assistance for survivors on board. The American senior officer on duty didn’t believe it was a red-cross-sanctioned German operation.

Ultimately, only 40 percent of the people onboard the RMS Laconia survived, and this became known as the Laconia incident. This led to consequences throughout the remainder of WWII.

On September 1942, an order was issued prohibiting U-boat crews from carrying out rescue operations, leaving survivors at the sea with no exceptions. This rule eventually became the Laconia Order. However, several U-boats still continued providing air during the war, defiantly disregarding the orders.