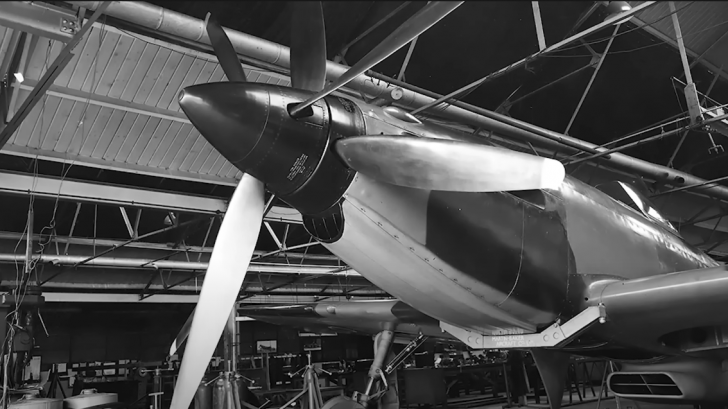 The British-made Martin-Baker MB.5 was designed to replace the Spitfire. It was even described as having excellent performance and flight characteristics by its test pilots. But why was it never built?

1. The second prototype was delayed

Martin-Baker’s MB 3 prototype crashed during a test flight on September 12, 1942. Its test pilot/co-founder of the company, Val Baker, was killed after the plane’s engine failed. As a result, the MB 3’s second prototype was heavily delayed.

MB 3s were initially fitted with the Napier Sabre liquid-cooled piston engine that could output 2,000 hp. However, a modified MB 3 with a Rolls-Royce Griffon was planned to be produced as the MB 4. Martin-Baker ultimately decided to opt for a full redesign, designating the new aircraft as the MB 5.

Unfortunately, the MB 5 arrived way too late in the war. Its first flight came on May 23, 1944, showing stellar results. Regardless, it was already clear at this point that the RAF was going to focus more on jet-powered fighters.

4. Failed in front of the boss

Its Rolls-Royce Griffon V-12 piston engine failed when the MB 5 was being shown to Winston Churchill at Farnborough. He wasn’t alone either. Also in attendance were the Chief of the Air Staff and many more VIPs!

Most importantly, Martin-Baker may have lacked facilities and sufficient government funding to produce the MB 5 on a larger scale. Nevertheless, Martin-Baker became one of the world’s leading builders and proponents of ejection seats after Val Baker’s death.