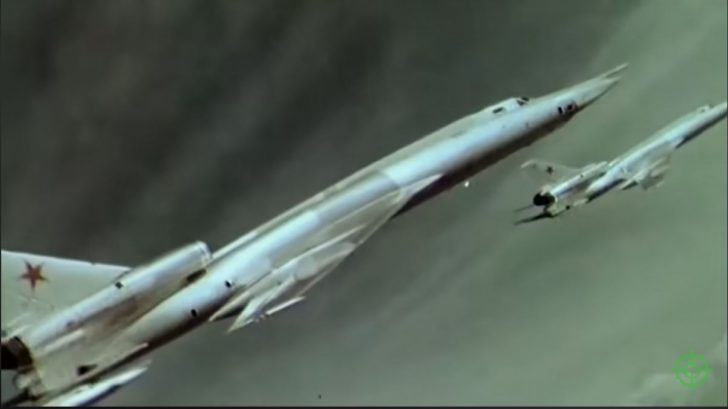 On July 9, 1962, thousands of people gathered in Tushino Airfield to watch a grand air parade dedicated to Soviet Aviation Day.

At the parade’s conclusion, 10 unusually looking aircraft appeared- the aerodynamic shape and swept wings resembled the fighter, but these mysterious planes were thrice the fighter size.

However, only 12 Tu-22s were constructed because of the constant changes being made to aircraft production.

All aircraft built during that time were then sent to the Air Parade in Tushino in 1961 to showcase to the Western countries the potential of Soviet Air Power.

Only Heavy Bomber Flew by a Single Pilot

Although multiple fixes and improvements were made, Soviet pilots weren’t very eager to fly the aircraft.

Flights were exhausting physically and mentally- it was the only heavy bomber in history that was flown by a single pilot only. It was believed that a number of crashes could have been prevented if there was a co-pilot present in the cockpit.

The plane also has the highest accident rate in the Soviet Air Force. Since most accidents included the loss of aircrew, pilots more and more began to call the Tu-22 the Man-Eater.

The aircraft also received the nickname Supersonic Booze Carrier and other less common names such as Flying Liquor Store and Vodka Truck.

However, the reason was all the same- this is because the plane carried an impressive amount of alcohol on board which was used as a refrigerant in the plane’s air conditioning system.