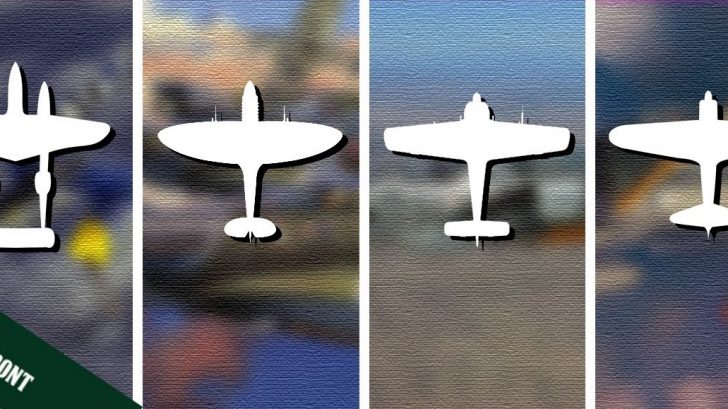 There were hundreds of fighter planes that flew in the skies during World War II, taking out other aircraft, striving for air superiority, and only undergoing specific operations.

But which country has the most effective fighter plane during that era?

When the Mitsubishi A6M Zero was first introduced, it was considered the world’s best carrier-based fighter. During the early years of the war, the Zero maintained a formidable kill ratio of twelve to one.

However, as the war dragged on, the Allied manufactured much more superior fighters. The Zero, despite the deployment of some newer models, fell behind.

The Messerschmitt Bf-109 was a slick aircraft with a powerful engine and is one of the key fighters of the Luftwaffe. It dominated the sky during the early Blitzkrieg operations, making good use of its ability to climb higher, and excellent maneuverability. In the Battle of Britain, the planes were used as bomber escorts until the plane’s limited range kind of fell short with the deadly Spitfire.

Later on, the Focke-Wulf Wf-190 replaced the Bf-109, taking on a variety of roles. It had more power than its predecessor while remaining quick and agile. It was certainly a favorite, with many German aces racking up hundreds of kills with this aircraft. The Focke-Wulf Wf-190 also become superior to the Spitfire for a time, until the US upgraded it.

Although the Soviet Union’s Yakovlev Yak-3 fighter didn’t enter the war until June 1944, it certainly did make an impact- earning the title of the best dogfighter on the Eastern Front. In fact, it could easily outmaneuver the Bf-109 and the Fw-190 and was even considered superior to the Spitfire and the Mustang.

The Brits’ Supermarine Spitfire is probably one of the most famous planes of all time, mostly because of its involvement in the Battle of Britain which turned the tide of the war.

The plane was easy to fly, and although heavily armed, it was a graceful plane indeed. It also reigned supreme at low altitudes.

Chance Vought’s F4U Corsair was vital to the Allies in the Pacific theater, outclassing the Japanese Zero as a carrier fighter. It’s also an excellent ground attack fighter.

Other iconic aircraft are the Republic Aviation’s P-47 Thunderbolt, one of WWII’s toughest and heaviest fighters, and the North American P-51 Mustang that when its original engine was replaced by the Rolls-Royce Merlin, became highly capable of competing with Luftwaffe aircraft. Other notable American aircraft are Lockheed’s P-38 Lightning which was incredibly effective in most aerial combat roles, and the Vought V-173 Flying Pancake.

So, Which One Was the Best?

Among the fighter planes discussed on this list, which country had the most effective WWII fighter?

Well, that certainly goes to the United States, hands down- with the P-38 Lightning, an incredibly versatile, long-range aircraft. The Lightning was the only American plane that was produced on a mass scale from the beginning of the US involvement in the war, until the end of WWII.

German flying ace Franz Stigler was quoted saying, “One cardinal rule we never forgot was never fought a P-38 head-on. That was suicide.”