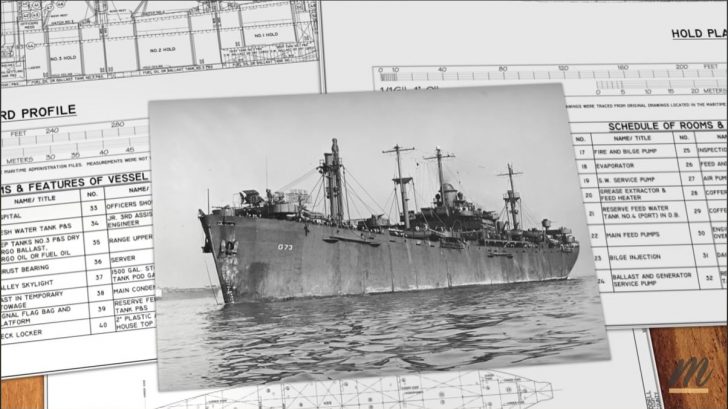 In 1940, hundreds of cargo ships travel across the Atlantic, in a desperate effort to keep Britain supplied against Nazi, Germany. However, these ships were being taken down by enemy ships and submarines.

Thus, the Allies needed to find a way to build thousands of cargo ships, and build them faster than Germany hope to sink them. In just a span of four years, the US was able to build over 2,700 Liberty class cargo ships that weren’t built for months, but mere weeks, some in a matter of days.

The British lacked much-needed supplies for its war effort. German U-boats, warships, and aircraft were inflicting heavy losses, sinking ships faster than Britain could replace them. While the US hasn’t joined the war yet, it played a key role in supplying Britain with its war effort.

However, with the Germans sinking ships daily, Britain and America desperately needed a way to keep all the war material moving.

“Dreadful looking ships,” this is what President Roosevelt thought of Liberty ships when he first saw their design. Time magazine even nicknamed them “ugly ducklings.”

From a design standpoint, there’s nothing really remarkable about these ships. The design is 60 years old and obsolete, based on a British ship built in the 19th century. They have 10,000 tons of cargo capacity and are powered by an antiquated compound steam engine.

They’re extremely underpowered. If the seas at the Atlantic are rough enough or move in the wrong direction, Liberty ships might not be able to move forward at all.

Most Liberties were given defenses such as a 3-inch bow gun and a four or five-inch stern gun along with anti-aircraft weaponry.

They were crewed by 43 merchant mariners and one or two dozen Navy-armed guards. However, in reality, these heroic men who served aboard these ships were vulnerable, paying a steep price.

Liberty ships aren’t remarkable for their capabilities at sea. Instead, they made history on how they were built. Their design is deliberately basic, allowing thousands to be built only in a matter of weeks.

These ships aren’t expected to last either. Their lifespan is only after five years. If a Liberty ship can make just a single trip across the ocean with cargo, that’s already considered a success. That’s how dire the situation was.

18 shipyards across the coastal United States started producing these ships at an incredible rate. By 1943, these shipyards have been launching new ships on average every eight hours.

Liberty ships are incredibly vulnerable and easy prey for enemy ships, especially at night. To improve the odds, these ships were guarded by escorts. Serving the Liberty was both dangerous and stressful, with hundreds damaged and critically sunk throughout the war.

However, by mid-1941, the sheer number of these ships out at sea, along with an increase in their armed escorts, overwhelmed the Germans. Advances in anti-submarine technologies also started stamping out the U-boat threat.

In the latter years of the war, the US produced the Victory ship. While they were never produced at a large scale than Liberties were, they were larger, and more agile making them less vulnerable to enemy threats.