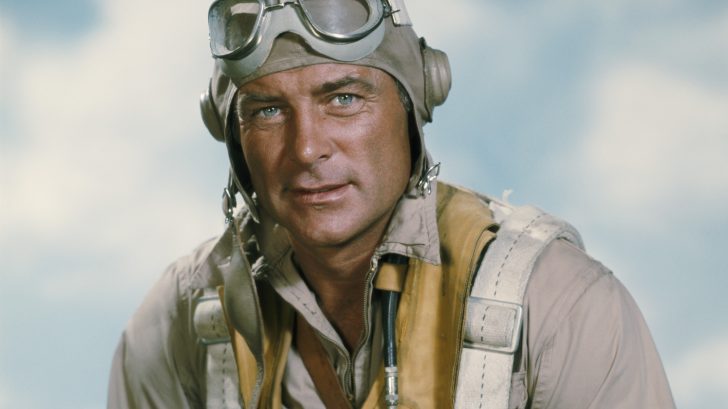 Would “Baa Baa Black Sheep” (Black Sheep Squadron) be the same without Robert Conrad? Often times successful TV shows is a concoction of story, production, and casting. Without all of them lining up, sometimes it’s just not the same. Here we take a look at the star of the show: Robert Conrad, who’s still alive today.

CBS executive Ethel Winant recalls always making sure to put other actors in the backgrounds and Conrad in the foreground to make him seem taller. It was also known that he would put lifts in his shoes to add more height. Probably not all that uncommon in Hollywood even today.

Got An Early Gig For Looking Somewhat Like James Dean

His mother, who was a publicity director for Mercury Records, put him to pose outside a Chicago theater in 1956 where the film “Giant” starring James Dean was being shown. The idea was since Conrad bore such a resemblance to Dean, it would be a good publicity stunt to increase attendance to the theatre.

He Became Close Friends With The Real Pappy Boyington

Pappy was actually always on set and in the trailer during the filming of the show, so naturally they became close friends and even considered “best friends” at one point.

Although the show was short-lived, it was enough to earn Conrad a People’s Choice Award for Favorite Male Actor and also even earned him a Golden Globe nomination. Just goes to show how well produced that program was, and how hardcore the following and viewership was.

It’s no secret that he was the star of the hit show “The Wild Wild West” and was one of the top shows of the time, but also a poor remake by actor Will Smith in 1999 put a little dent in the legacy of the name. The movie was so bad it went on to receive not 1 but 5 Razzies for the terrible film. Had nothing to do with Conrad himself, but he attended the awards to express his objection to the failed remake.

In a Q & A session back in 2013, he goes into detail as to why Black Sheep Squadron was cancelled. The reason was: “women against violence on television“. It was also the reason Wild Wild West was cancelled. Oh well.