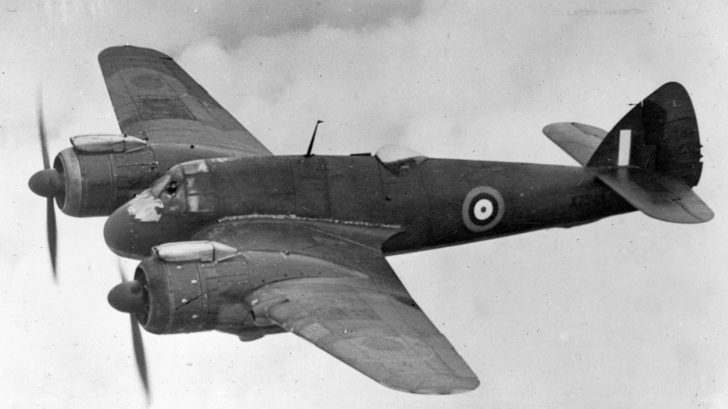 When thinking of fighter aircraft of World War II, the planes that come to mind are often Spitfires, Mustangs, Lightnings, or Hurricanes. Although there were dozens of others that were great, there are many that have sort of fallen off the map of planes we talk about.

Such is the case of the Bristol Beaufighter.

Sometimes referred to as The Forgotten Warhorse, Beaus (for short) were produced in numbers during the war. From 1940 to 1946, nearly 6,000 of them were produced and for a good reason. They were excellent multi-role platforms able to perform both fighter and bomber duties but where they really stood out was night operations.

This is due to the invention of the airborne interception radars but what made the Beaufighter special is the fact that it was big enough to carry it without losing performance. Installed in the nose, the AI Mk. IV (abbreviation for the first radar,) enabled the Beaufighter to see other aircraft at night which gave it an enormous advantage at the time as you can imagine.

Because of its speed of 320 mph and ability to carry a sizable payload, Beaus were used to catch up to Luftwaffe bombers which struck at night and pick them off. As the war progressed and radar technology progressed, so did the effectiveness of the Beaufighter.

You can find a historical clip below of Beaufighters doing what they did best.