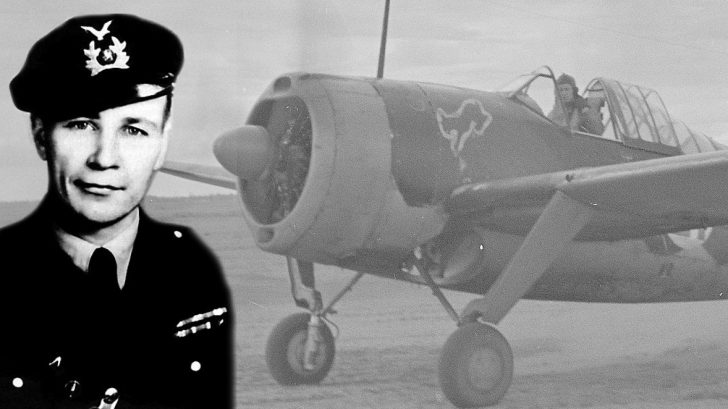 Ilmari Juutulainen may not be the highest scoring ace of WWII, but he might just be the most successful WWII pilot when you consider these 3 things:

3. He Was The Highest Scoring Non-German WWII Ace

If you look at a list of WWII aces, you’ll notice that the Germans, trailing behind top ace Erich Hartmann, dominate with staggering numbers. Then you’ll find Ilmari Juutilainen’s name. With 94 1/6 official victories, the Finnish pilot is the top scoring non-German ace of all time. He scored 2 1/6 victories in a Fokker D.XXI, 3 in a Brewster B-239, and 58 in a Messerschmitt Bf-109. His score may not be the highest, but it is still substantial.

Even more impressive than his score is that Juutilainen was never hit at all. He also never crashed. Comparatively, Erich Hartmann crashed 12 times. That’s a lost plane for every 27 kills. Though Juutilainen was once forced to land due to friendly fire, he and the planes he flew walked away without so much as a scratch during his 12 years of service as a pilot in the Finnish Air Force.

It wasn’t that he escaped without injury for lack of good opponents. The Finnish Air Force primarily flew against the Soviet Union and while Juutilainen did think Finnish pilots were better, there were some good opponents, especially when they were equipped with  the La-5, Yak-9, and the Spitfire.

1. He Lived A Long, Happy Life

Of course, to truly be a successful pilot, you would need to survive the war. Many excellent pilots, sadly, did not. Juutilainen went on to live a long and celebrated life. Finland awarded him two prestigious Mannerheim Crosses and he was knighted on April 26th, 1942. Post military career, he continued to fly as a civilian in his purchased de Havilland Tiger Moth biplane. He passed away comfortably on his 85th birthday. His last flight was taken two years before in the back seat of a Finnish Air Force F/A-18.

It’s a bit long, but let the guy in the video below try to to convince you of Ilmari Juutilainen’s greatness.