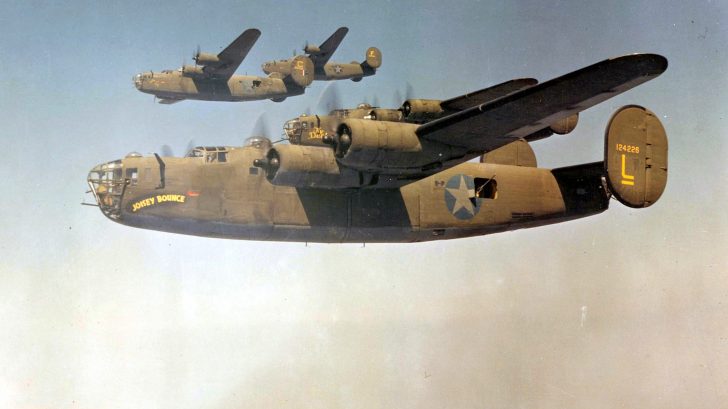 World War Two US B-24 Liberator aircraft of the 93rd Bomb Group 1943. (Photo by: Universal History Archive/UIG via Getty Images)

During World War II, the United States of America produced only three types of four-engined long-range bombers in any numbers. These were the B-29 Super Fortress, the B-17 Flying Fortress, and the B-24 Liberator.

Although being the most produced bomber, the B-24 Liberator was somewhat unpopular compared to its contemporaries. However, this does not invalidate the impact made by the B-24 during the war.

Here are five reasons why the B-24 Liberator was one of the best World War II bombers:

The B-24 Liberator was considered modern at the time of its inception. It featured a shoulder-mounted Davis wing, which gave the giant bomber high cruise speed, high stamina, and the ability to carry a heavy bomb load.

The B-24 Liberator saw service in every theater of operations and served in every branch of the United States military. The B-24 was used for a variety of roles including heavy bomber, anti-submarine, patrol, and transport. One of its most notable contributions was closing the Mid-Atlantic gap during the Battle of the Atlantic.

The B-24 Liberator can carry a bomb load of up to 12,800 lbs (5,805 kg), terrifyingly destructive once successfully delivered to its target. Due to this, the B-24 became a priority target for smaller and more agile fighter planes.

Due to its modern wing design and fuel capacity, the B-24 Liberator gained a legendary combat range. With this, the B-24 Liberator became the first plane to be capable of non-stop transatlantic flight, which proved to be very useful for patrol and transport missions.

Equipped with newly developed radar technology, the B-24 Liberator advanced the use of electronic warfare. It also became the platform for the use of the American’s laterally-guidable, precision-guided munition called Azon.

Despite its ugly duckling reputation, it is without a doubt that the B-24 Liberator was one of World War II’s most effective weapons.