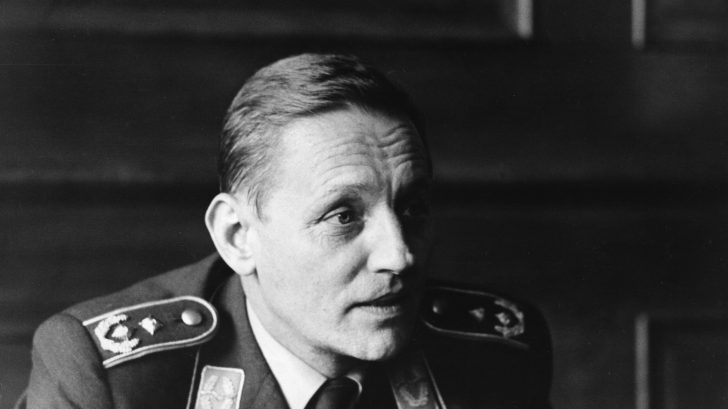 With the rise of aviation technology, World War II saw some of the best fighter aces and the most intense aerial combats in history.

The British’s best fighter ace claimed 38 aerial victories; the US has 40, while the Soviet Union has 62. Amazing as these numbers would seem, none could compare to Germany’s most lethal pilot — the Black Devil.

Known as Bubi by his German comrades or Black Devil by his Soviet enemies, Major Erich Alfred Hartmann boasts 352 confirmed victories. How did he achieve such a legendary feat?

Here are 5 stunning facts about the world’s best fighter ace:

Influenced by his former commander Walter Krupinski, Hartmann adopted a risky but effective fighting style. He would stalk and approach enemy aircraft undetected, and would only open fire when he is extremely close to the target. This allowed for highly accurate hits and the enemy would have no time to escape. However, this method can be extremely risky as debris from destroyed targets can hit his aircraft. In fact, Erich had to crash land a number of times due to this.

2. Had To Remove His Black Tulip Symbol Because Enemies Didn’t Want To Go Against Him

At some time during the war, Hartmann decided to paint a black tulip on the cowling of his plane. This, along with his lethality on the skies, made the Soviet call him the Black Devil. The Soviet fighters started to fear him and avoided fighting when they noticed the black tulip. Consequently, Hartmann’s kill rate started to drop. He later decided to get the tulip design removed, and so the Soviet’s casualties rose once again.

3. His Mom Was Even A Pilot

Hartmann’s mother was one of Germany’s first female glider pilots. They also owned a light aircraft which they had to sell due to Germany’s collapsing economy. However, with the rise of World War II, aviation became integral and gained support from the German government. This allowed Erich’s mother to establish a glider club, where he became a flight instructor for the locals at the young age of 14. A year later, he received his pilot’s license allowing him to fly powered aircraft.

4. Would Not Meet Hitler Without His Pistol

In recognition of his outstanding military performance, Hartmann was awarded the Knight’s Cross with Oak-Leaves, Swords, and Diamonds, Germany’s highest military award. As this award was to be given personally by Hitler, Hartmann was summoned to Hitler’s headquarters. There, he was asked to surrender his sidearm. According to some, Hartmann threatened to refuse the award if he was not trusted to carry his pistol. He was then allowed to meet Hitler. Allegedly, Hitler admitted to Hartmann that the war was militarily lost.

5. Turned Himself In Right After His Last Aerial Victory

Hartmann claimed his last aerial victory just a few hours before the war officially ended. He then turned himself over to the US forces and was then handed over to the Red Army. There, he was tried and sent to 25 years of hard labor. He only spent 10 years of his total sentence and was released on 1955. A year later, Hartmann joined the West German Air Force, where he continued his military career until 1970.

Despite having retired from military service, Hartmann pursued his passion for aviation as a civilian flight instructor. He died on 20 September 1993 aged 71.