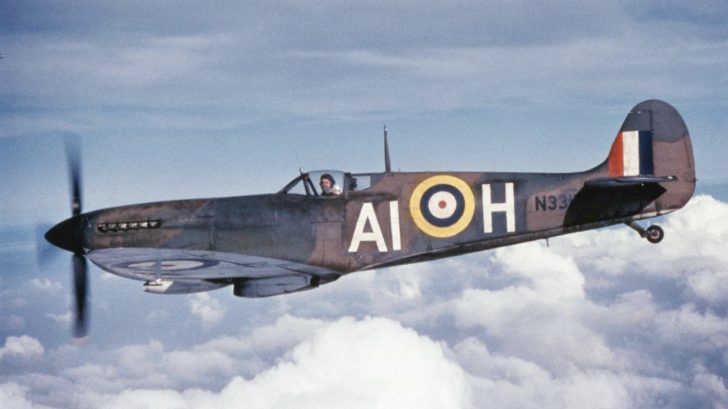 British Supermarine Spitfire single-engine light fighter. A real legend in the history of aviation, the Spitfire, conceived by eingineer Reginald J. Mitchell and his team, 20,351 planes were produced in some 40 versions. First flight: March 5, 1936. One of the best planes of World War II. (Photo by: Photo 12/UIG via Getty Images)

There’s no argument that the Supermarine Spitfire is one, if not the most iconic plane of World War II. It is loved both by veterans and enthusiasts alike. But how much do you know about this legendary fighter?

Here are fascinating facts about the iconic plane that saved the Allies during the Battle of Britain.

1. The Shrew or The Scarab

R.J. Mitchell, the Spitfire’s chief designer, wanted to name the aircraft ‘The Shrew’ or ‘The Scarab.’ However, Sir Robert Mclean of the Vickers wanted to name it in honor of his daughter. The name Spitfire was then approved by the Air Ministry, very much to Mitchell’s annoyance.

2. Difficult and Costly to Manufacture

During its early years in production, the Supermarine Spitfire encountered many production problems. Conventional manufacturing techniques were challenged by the aircraft’s sophisticated design, particularly by its elliptical wing and airframe.

3. The Spitfire Was The Embodiment of Power

Fitted with a Rolls Royce Merlin engine, the Spitfire roared unlike any other plane. With a top speed of 369 mph (594 km/h), it can climb up to 20,000 feet in under 10 minutes, easily outperforming the Hurricane.

The Spitfire was one of the first planes to feature a retractable landing gear. Many pilots have been known to crash land due to forgetting that the landing gear had to be set down.

Aside from its prowess in battle, pilots also loved the Spitfire’s versatility. The Spitfire’s wing can be equipped with different weapons, bombs, and barrels of beer. Yes, beer.

Due to its outstanding performance, the Spitfire quickly rose to popularity. Soon after its first mission, it became the RAF’s main fighter.
7. Germany’s Envy For The Spitfire

Frustrated that they were not winning the Battle of Britain as planned, the Germans recognized the superiority of the Spitfire. An ace pilot by the name of Adolf Galland was known to have requested his own squadron of Spitfires when he was asked what he needed to win.

It was so effective that the Supermarine Spitfire was the only Allied aircraft continuously produced throughout the war.

9. The Spitfire Remains a Popular Aircraft Even Today

Many aviation museums and movies feature the legendary plane. Today, there are approximately 55 airworthy Spitfires left.

Ever wanted to fly the legendary Spitfire yourself? Yes, you can! The Boultbee Flight Academy in Kent, England offers lessons on how to fly a real Spitfire.