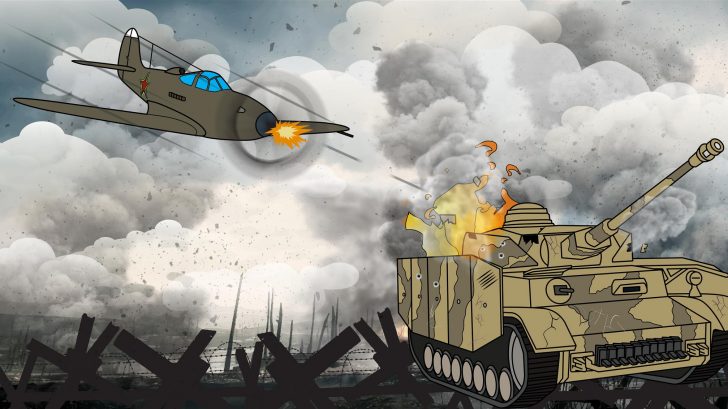 The Bell P-39 Airacobra had a disappointing fighting career for the US Air Force and the Royal Air force. Thanks to the Lend-Lease Act, it gained a new lease on life to become one of the Russian Air Force’s lethal weapons.

It was so bad that in fact, Great Britain banned its importation into its shores because it did not measure up to  RAF’s standards as an interceptor. The Soviet Union benefited from the

Lend-Lease Act and received more than 4,700  Airacobras to the Soviet Union.

American policy intended the P-39 for coastal defense and support for ground combat.

The Airacobra was not bad at all in those roles. The Aerocobra’s attributes were nothing extraordinary because it wouldn’t make sense to develop an advanced aircraft for coastal defense when there are no potential menacing air strikes over the United States coasts.

The P-39 was unique: It was equipped with an Allison V-1710 engine that was mounted behind the cockpit, instead of the standard design of placing the engine of the nose of the plane.

The Allison engine, however, had a critically low altitude of 12,000 feet. Higher than that, it was practically useless.

The Soviets turned the Airabora into a potent dual-role fighter

In the Russian Air Force, the P-39 was used not just as a fighter, but also as a serviceable bomber.

The P-39 would often be required to undertake this dual role: First, they would be deployed to carry out bombing missions; and second, they would quickly revert to  fighters to provide cover to the ground forces.

Top Soviet ace Aleksandr Pokryshkin scored 48 victories with the Airacobra and attributed his victories to his plane’s excellent ground-attack and ground-strafing operations.

The Eastern Front saw little high-altitude skirmishes, that’s why the P-39 also thrived in its role as a low-altitude support aircraft.  Majority of these air battles came at 15,000 feet or less.

Although practically useless as an interceptor, they served their roles well by being placed in a situation where its strengths are highlighted and its weaknesses are hidden. The Ariacobra may have been shunned by the high-altitude fighters of the Western Front, but its profound effects in the defeat of the Nazis is beyond doubt.