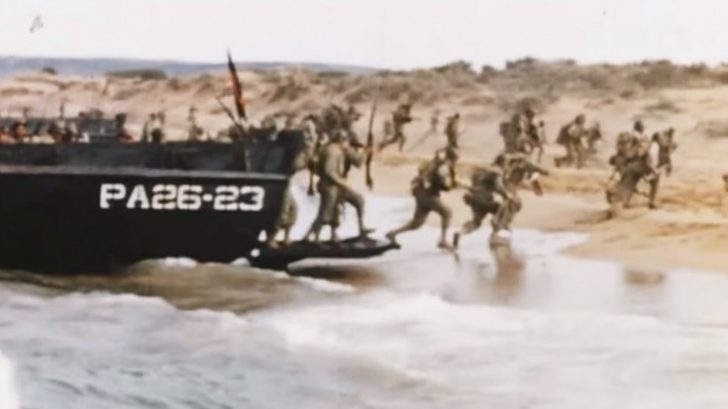 The Largest Amphibious Invasion The World Has Ever Seen

D-Day was the initial assault of the Western Allied forces to establish a large and strong military presence in Europe. Launched on June 6th, 1944, the invasion of Normandy included forces of the United States, Canada, United Kingdom and the Free French Forces as well as other armies during subsequent days. This invasion was a part of Operation Overlord, with D-Day itself having the codename Operation Neptune.

In company with our brave Allies and brothers-in-arms on other Fronts, you will bring about the destruction of the German war machine, the elimination of Nazi tyranny over the oppressed peoples of Europe, and security for ourselves in a free world.-Dwight D. Eisenhower

That day, 1,200 planes began attacking strategic enemy targets overnight, while more than 5,000 vessels were on their way in the early morning to beaches codenamed Juno, Gold, Omaha, Utah and Sword. By the end of the day, nearly 175,000 troops have crossed the English Channel and within the next 2 months, there were 3 million Allied troops in France. Dwight D. Eisenhower, who was appointed General in 1943, selected the now famous date of June 6th after considering numerous variables such as weather and moonshine to give his troops the best advantage.