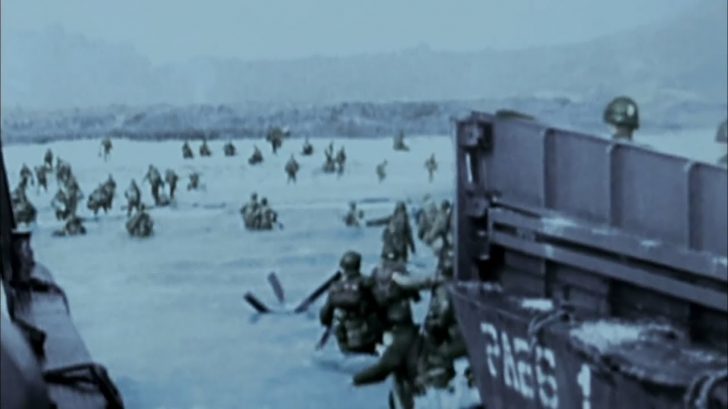 One of the most pivotable and also most fascinating events in war, the Invasion of Normandy June 6th, 1944 will forever be engraved in history. It will go down as the largest seaborne invasion in war history and was the start of the liberation of German-occupied France under Nazi control. We all know the brutal fighting that went on that day, but one thing we rarely see is this moment in color. It’s one thing to see black and white historical footage, but when you see it in color, it takes the feeling to a whole new level. You could almost feel and better understand what these brave men had to go through.