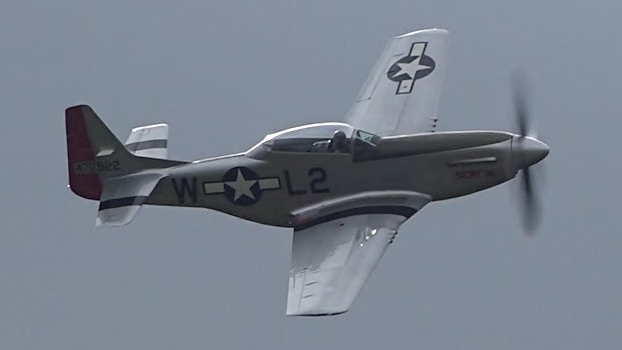 When you think of that terrifying whistle sound, normally you automatically think “F4U Corsair”. But did you know the mustang can sing as well? The P-51 Mustang was arguably the best WWII fighter plane of the time and boy, does this one sound mean.

Don’t mind the video if it’s a tad shaky, it was a windy day. This was actually filmed back in 2017 at a Belgium airshow.

So what makes the whistle? It’s always been up to debate, but with some tests it was determined that it was the number 1 gun port that was creating the sound. Either way, it’s terrifying.