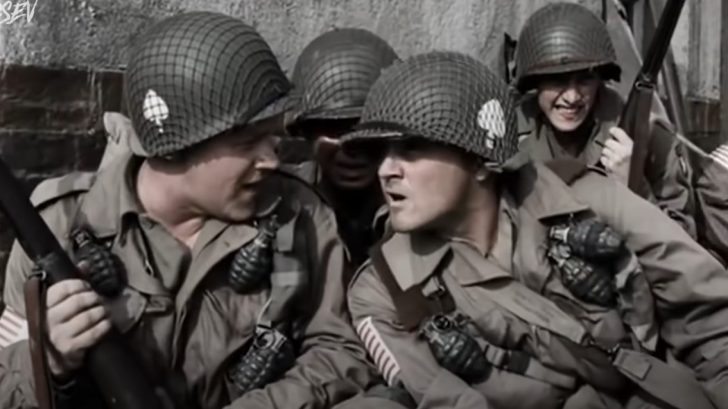 Getting the 10th spot is “Jarhead”, starring Jake Gyllenhaal. Though some might say that the marine antiques were played up, veterans favored this movie for its depiction of downtime and instant action during deployment.

In Ridley Scott’s “Black Hawk Down”, the brutal scenes of killing, heroism, and stoicism during the soldiers’ mission struck a chord with its viewers. It was so realistic to the point that it was “PTSD-inducing”, they said.

It’s no secret that military officers tend to be harder on servicemen during training. Movies like “Full Metal Jacket” show how hard officers can be if given the right opportunity. It was one of Kubrick’s last films before passing away.

The constant loss of morale by the German army as they take losses left and right showed the fragility of blind nationalism. The scenes of German soldiers committing suicide and freezing in the cold checks out with what the veterans saw during the war. It highlighted what German soldiers felt during the war as they lost slowly but surely.

One of the most popular films, “Saving Private Ryan” by Steven Spielberg, featured the infamous “D-Day” event. Its gruesome depiction of the invasion of Normandy as a bloody and confusing mess made it one of the best movies of all time. Being the largest seaborne invasion in history resulted in exceptionally vicious scenes.

This 1985 Russian film displays the atrocities German soldiers committed in Eastern European villages. The human suffering depicted in the film was intensified by its hyper-realism and existentialist themes. It has since become one of the greatest films of all time.

The miniseries, “Band of Brothers”, was favored by critics for its realistic portrayal of war. It helped that the actors playing the veterans in the film were constantly talking about their experiences and expectations. It put the spotlight on the 506th Parachute Infantry Regiment and its encounters during World War II.

It is still considered one of the most realistic characterizations of modern-day soldiers. It prides itself in having a very meticulous approach to detail. Skittles in MREs might also be surprising for some but having candy and chocolate in MREs is common practice. However, a type of candy called “Charms” was removed back in 2007 because soldiers didn’t want to eat it out of fear of bad luck.

The first spot belongs to “Restrepo”. The reason why is that it’s more of a documentary than a movie. Showing actual footage from the Afghanistan war, it’s clear why it’s the most realistic out of the ten movies on the list. The “movie” transported viewers to the battlefield as they hear and see what it was like for military men firsthand.

An honorable mention goes to the movie “Platoon”. This movie was directed by Oliver Stone, a Vietnam War veteran. The scenes he used in the movie were based on his experiences during the war.