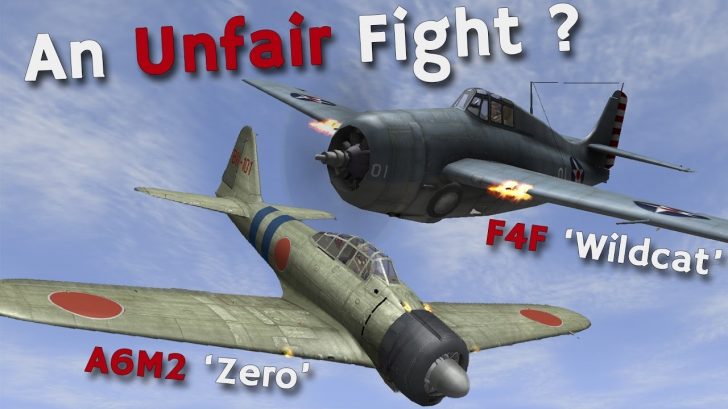 In addition, the Wildcat’s operational range was not as long as the Zero’s. The A6M could fly for 1160 miles compared to the F4F, which can only get to 765-830 miles depending on the version. Drop tanks were used by both aircraft, but still, the Zero could extend its range to 1900 miles and the F4F to only 1400.

The Zeros had one big flaw with its frame design. To reach unrivaled speeds at the beginning of the war, the Zeros opted to sacrifice a bit of survivability for speed. The result was a lighter and more agile aircraft.

Experience, or the lack of it, also contributed to the Wildcat not winning a lot of fights against the Zero. The average Zero pilot benefitted from starting out early in combat missions over China. An average flight time of an A6M pilot was estimated to be around 600 to 800 hours. On the other hand, US Navy pilots only had about 200 hours of flight time at the start of the war.

5. Not Knowing Thy Enemy

In the beginning, the Thatch Weave tactic was still undiscovered. Wildcats usually tried to enter dogfights against the Zeros. Not knowing the full capabilities of the Zero, F4F pilots would get lured into matching the climb of the Zeros. Due to the Japanese plane’s ability to climb higher, they could shoot off F4Fs that stalled during the climb.

Fortunately, the shortcomings of the Wildcat were fixed and improved in further versions. The introduction of better planes and combat tactics made the Zeros obsolete by the second half of the war.