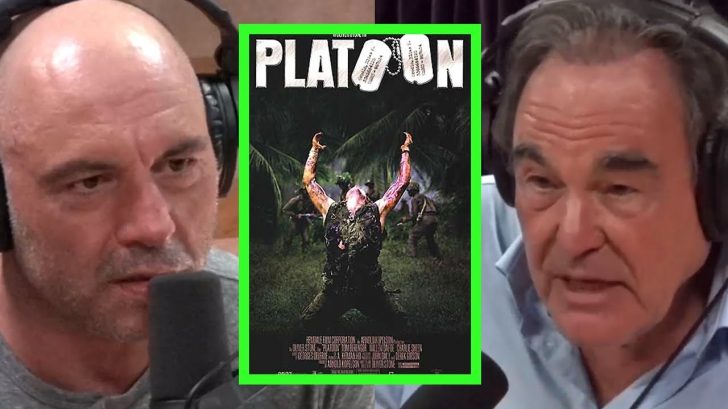 Being a veteran of the Vietnam War helped film director, Oliver Stone, to make the widely-acclaimed film “Platoon”. Through Stone’s experiences, viewers could watch what an American soldier’s day-to-day life looked like during the war.

Most of the ambush scenes depicted in the film were from personal experiences that Stone had. In addition, the soldiers in the film were based on those he met during that time. Getting no sleep, being irritable, dealing with bugs, the heat, and the constant fear of death. These were what Stone experienced and he made sure to show how real and common these experiences were.

3. Hollywood Got It Wrong

According to Stone, Hollywood has overdone how soldiers would usually die during the war. He made it a point in his film to show how grueling some of these deaths were. Dead soldiers had blood all over them and their corpses were mangled to the point that it was unrecognizable. He also wanted to emphasize the distance between soldiers from other sides would fight from. Therefore, the “sloppiness” of war was portrayed well in the movie.

The constant noise of gunfire, shouting, and fear made it harder for the soldiers to focus. In his experience, ground combat was littered with confusion. Most of the time, nobody knew what was happening – just relying on air support and hoping the enemy would retreat after suffering losses.

Displaying the amount of firepower, he said, was also a big point he wanted to make. Shooting at enemy infantry was not as straightforward. It was easier to shoot in the general direction of the enemy and hope for the best.

In other movies, almost everyone was seen as heroes. Stone shied away from that trope, opting to show that not everyone is a hero. At the end of the day, they were all young soldiers far from perfect. In “Platoon” we see soldiers vaulting from pole to pole of the moral compass. It showed how experiences can shape what you are as a person.

Facing backlash from executives and board members, the film struggled to find its footing. No production company or film distributor wanted their hands on this movie.

The fragging and friendly-fire scenes in the earlier script were “too much” and execs found it hard to stomach.  The horrors of war weren’t shown in movies then so “Platoon” was considered a huge risk. Because of it, the script was kept on the backburner for quite some time.

Just from the first screening, it was clear to Stone that the film was received well. Upon general release, the film was swarmed by veterans like him who gave it praise for its portrayal of the war. The movie slowly gained more traction as good reviews kept piling up. It become one of the top-grossing films that year.