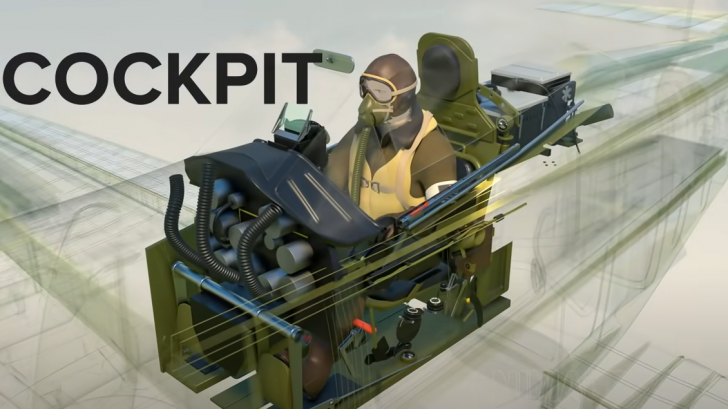 The North American Aviation P-51 Mustang is a single-seat fighter and fighter-bomber that was originally designed for the Royal Air Force, but used during World War II for the U.S. armed forces against Germany and the Korean War.

YouTube channel Animagraffs made a 3D animation of the P-15 and took an in-depth look inside the fighter plane from the WWII era.

In the video, they explained each part of the aircraft starting with the frame and the outer skin that are made of strong yet lightweight construction. Steal armor plates are also placed to protect the pilot from enemy gunfire.

When it comes to the engine, the plane is powered by Packard V-1650 Merlin that produces 1,400 hp with a top speed of 430+ mph. Fuel tanks in each wing hold 92 gallons each and can be pushed to a total capacity of 489 gallons resulting to in a range of 1,650 miles which proved to reach the enemy territory and changing the game in WWII.

The overall design of the cockpit is not made for comfort. During the war, pilots had to be lifted out since the seat causes cramps after a long flight mission.

Watch the full video below to learn more about the other parts of the incredible P-15.