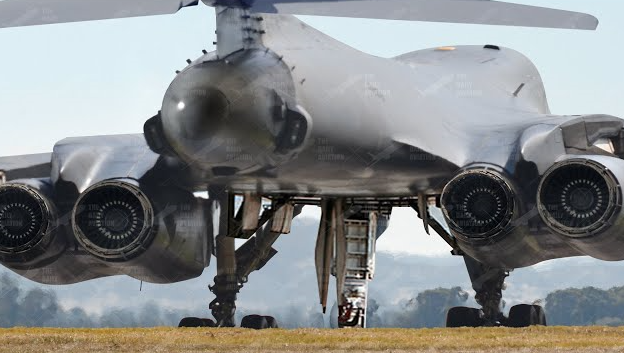 The YouTube channel The Daily Aviation uploaded a video that features a $320 million fully loaded B-1B Lancer taking off in full afterburner.

After numerous design changes and financial constraints since its conception in 1963, the B-1B Lancer was first delivered in 1989.

The footages shows how the loader be able to transport missiles and carry up to 7000 lbs off payload, where the crew boards or exits the aircraft, who gets to operate it, and its other features that will surely amaze you.

It was also explained how the aircraft is powered by 4 turbofan engines that enable it to reach a top speed of 530mph. It is operated by 27 crew that include electronic warfare officers, intelligence, and cockpit crew. The aircraft has a flight range of 3440 miles and can be extended with aerial refueling as well.

You’ll also learn in the video how the pilot established their final approach, how the boom operator monitors the transfer and how they maneuver the refueling boom.