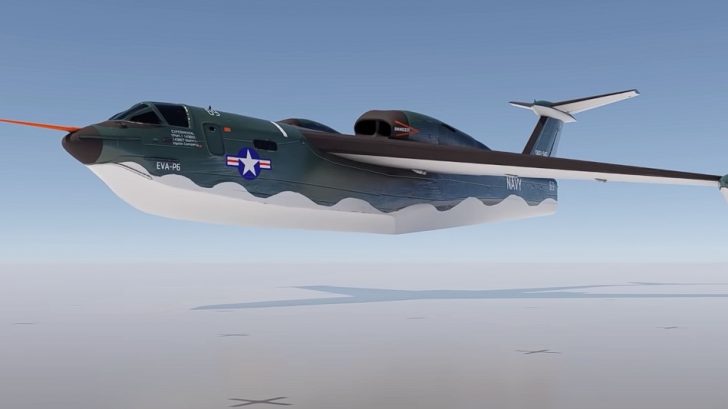 It could hold 30,000 lbs of payload but would massively decrease the operational range of the plane from 2,000 miles down to 751. Still, it could carry a large number of mines enough to pollute the surrounding water and make it harder for submarines and other ships to navigate because of it.

What really sets this apart from other flying boats is its ability to carry nuclear bombs. Indeed, it was envisioned as a strategic nuclear weapon delivery system. It could carry two MK91 bombs and another MK28 bomb, totaling 8,800lbs of nuclear bombs per bomber. On paper, it was close to being the perfect nuclear delivery system at that time.

This flying boat had an innovative bomb bay too. It could rotate on its fore or aft axis which in turn would expose the racks of explosives, letting it rain from above. The bombs and mines could even be released at 600 miles per hour, spelling doom to anyone that’s in its range.

The fact that it could reach speeds of up to Mach 0.9 is impressive. Its maximum speed is 686 mph and its cruise speed was around 535 mph. A strategic nuclear bomber that fast at that time would have been received very well by the military.