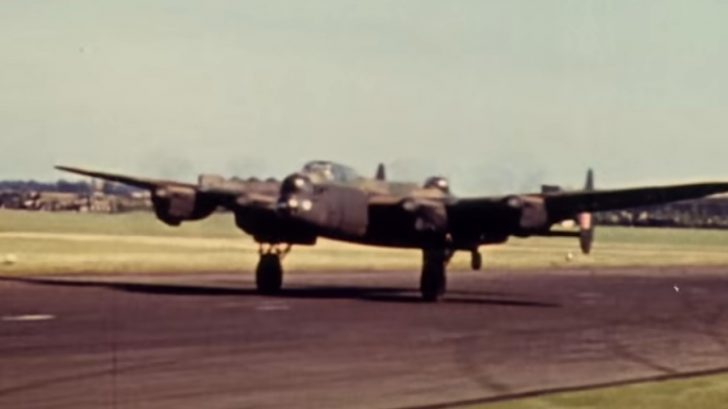 The Lancaster, also known as the Avro Lancaster, played a significant role in the defeat of Nazi Germany. It was Britain’s heavy bombing offensive.

It could fly with the greatest number of sorties and deliver a greater tonnage of bombs than any other aircraft.

Here are the ten reasons why Lancaster become the hero of the RAF:

1. It became a mainstay of Britain’s bomber command

The British used the Lancaster as an aircraft to go behind enemy lines and destroy their supplies. For the surviving veterans in the bomber command, it was known to be a powerful machine, quite ahead of its time. It became an outstanding heavy bomber in WWII.

2. It crossed the unfriendly skies of Germany-occupied Europe

The Lancaster played a crucial role in defeating Hitler’s Third Reich. Throughout the campaign, it took part in one of the most unforgettable aerial battles in history against Germany.

Its first operational bombing mission was when 2 Lancasters joined 124 other aircraft during a night raid in Essen, Germany.

Soon, more and more Lancasters started joining the squadrons of the bomber command.

4. Took part in the biggest aircraft strike in Germany

On May 30, 1942, 73 Lancasters took part in the largest aircraft strike in the German city of Cologne.

The goal is to destroy chemical and machine tool facilities, shattering workers’ confidence and forcing them to abandon their factories. Thirty-six major factories had to halt production, while it significantly reduced the output of 70 others to half.

5. Equip themselves with various electronic devices to confuse enemy defenses

Commanders of allied bombing squadrons were tasked with destroying and dislocating Germany’s industrial and economic system.

On Feb 13, 1945, 796 Lancasters formed the main strike in the city of Dresden, Germany’s central rail and communications center.

While Dresden’s destruction was meant to overwhelm German authorities, this raid had stirred controversy due to the intensity of its bombing and the civilian casualties.

On May 17, 1943, 19 Lancasters carried special bouncing bombs. These are massive 9,250-pound mines that are packed with high explosives that destroyed the three dams of Ruhr Valley.

During the war, Lancasters were also given a humanitarian mission. 31 Lancaster squadrons went to a mercy flight in the German-occupied Netherlands.

The long and devastating campaign against Nazi Germany claimed the lives of about 55,000 of its aircrew. But out of the 7,377 Lancasters built, half of it was lost through enemy attacks or training accidents.

The Lancaster represented the courage and determination of veterans and the aircrew who lost their lives during one of the ferocious aerial battles in history.