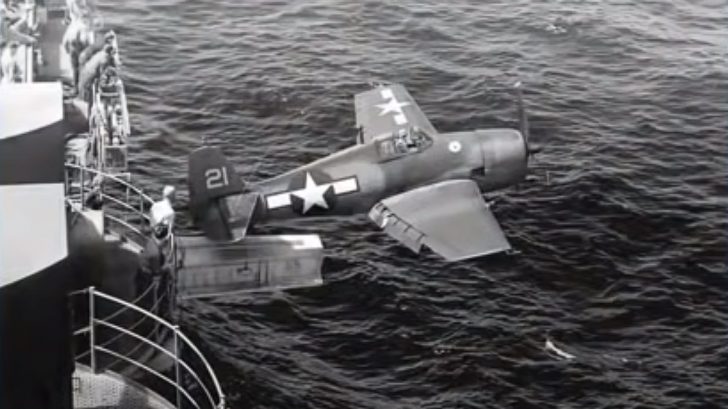 The Hellcat had one hell of a time shooting down enemy planes during WWII. With a 19:1 kill ratio, it looked like it was in another league of its own! There is no secret as to why this was the favorite of some of the best fighter aces in the war.

Taking off from carriers always carries risks. When a carrier has ample room, Hellcats could take off quite easily. However, sometimes runways would be packed with debris, other aircraft, and other things. During those instances, hydraulic catapults were used to launch the Hellcats to battle.

The Big Blue Blanket was devised by John Thach, the person responsible for the Thach Weave, during WWII. It was an air defense system that called for the presence of Hellcats and Corsairs over aircraft carriers at all times. Because of this, troopships and carriers were protected from countless attacks.

Even though it was highly regarded as one of the best fighter planes in WWII, it quickly faded into the background after the war. This was due to the emergence of jet aircraft and the introduction of another Grumman plane, the “Bearcat”, which had better performance compared to the Hellcat.

Shortly after their service, the Hellcat was picked up by the Blue Angels. They made their first demonstration on May 10, 1946, and were met with excitement and enthusiasm. After 10 demonstrations, it was then replaced again by the better Grumman plane, the Bearcat.

6. Used After The War

With its relevancy quickly dwindling down, this storied warbird ended up on the sidelines. What was once an integral piece of the war, was now reduced to training roles and target drone missions. Its quick rise to the top was accompanied by a quick downfall.

7. Flown by the Leading Navy Ace of all Time

Hellcats were not initially designed as night fighters. A newer variant of the Hellcat was equipped with radars and it changed the way some versions of Hellcats were used. It showed to be a very capable night fighter and was used as such on some of its missions.

It did not just lend its services to the US in the Pacific theater. British Fleet Air Arm used the 1,263 Hellcats they received from the Lend-Lease Act and operated it around the world. It saw combat in the Far East, outside Norway, and the Mediterranean.

Due to the increasing demand for aircraft during the war, mass production was seen as a necessity. In just a span of two years, 11,000 Hellcats were produced by the US. In total, 12,272 Hellcats were made. The quick production times were because of the aircraft’s original design requiring few modifications.