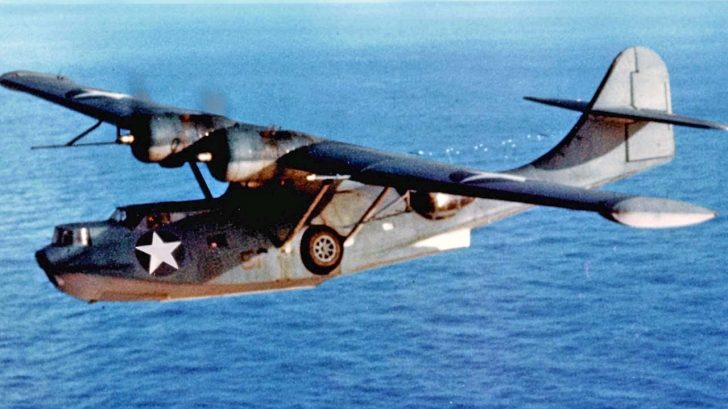 The PBY Catalina was relatively slow but versatile and reliable. So reliable in fact, that they were employed by every branch of the US military. Other nations also followed suit and made their own PBYs because of how valuable it was on the battlefield.

Catalinas were usually the first plane to spot something before a substantial naval war broke out. A PBY from the RAF spotted the Bismarck battleship trying to quietly regroup with the Kriegsmarine. That sighting led to the destruction of the German battleship. Another example of this is spotting the Japanese fleet on the way to Midway Island.

Some PBYs were painted all black to serve a specific mission. That mission was to do night bombings, torpedoing, and strafing operations against the Japanese navy. It was so effective that a squadron was formed and the name “Black Cats” was adopted.

The Catalina was a welcome sight for stranded servicemen during the war. For them, it meant that help has finally arrived. A Catalina pilot by the name of Adrian Marks once rescued 56 sailors after the Indianapolis heavy cruiser was shot down. If there were too many men to rescue, the PBY would act as a lifeboat until more help would arrive.

Reports suggested that out of the 60 destroyed submarines by the US Navy, 25 of those were by the Catalina. In addition, it is estimated that they destroyed over 40 U-boats between 1941 and 1945. It had no problems going up against submarines.

An aircraft that can do its takeoff and landings on both land and water is a great plane to have. It’s as if having versatile roles wasn’t good enough! Since Catalinas would spend multiple hours scouring the middle of the sea and nearby islands for survivors, it makes sense to have these capabilities.

For a flying boat mainly used for rescue operations, these flying boats did not disappoint in the firepower department. The PBY-5A had two .30 cal machine guns on its nose and another one on the ventral hatch. Each waist blister also features a .50 cal machine gun. To top it all off, it could also carry 4,00lbs of bombs or two torpedoes.