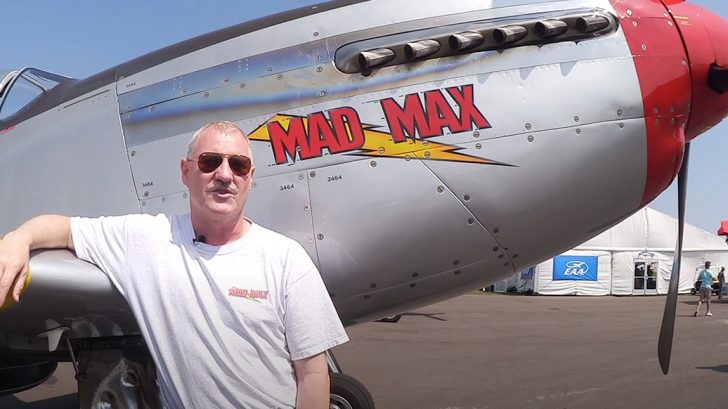 Unlike cars, you can’t just go to your nearest hangar and ask for a quote for a P-51 Mustang. Production of this warbird has been canceled for decades now. So in order to get one of these, you need to have connections first. Hopefully, a guy you know knows a guy that knows another guy that might know a guy who has a P-51 for sale lying around.

Almost all of the P-51s you will see in the market were not used in combat at all. The P-51s used during the war were either scrapped or sent to various Air Forces around the world. That’s why Mustangs available today were probably still in production when the war ended.

Would it really be surprising if we told you it costs a million dollars to own one? Of course not! Louis Horschel pointed out that a million is the floor price of an airworthy P-51. However, better-kept models will cost you $3.5 million. The sky is the limit for these prices!

Depending on what kind of student you are, getting your pilot’s license can be a hassle. The minimum hours of training would be 50 hours but that could span up to a hundred. Americans on average would get their certificate around 68 hours. A private SEL (Single Engine, Land) certificate would be enough for you to fly a P-51 legally after getting your instructor’s endorsement.

It’s better to err on the side of caution. Planes developed half a century ago will bring their own set of problems – anything could go wrong with these planes. Therefore, aircraft owners are expected to get their planes an annual inspection and get their clearance.

Your future P-51 will also be under a different type of inspection called conditional inspections. Since “ancient” aircraft are more prone to wear and tear, it is important that any kind of damage to the aircraft’s structure be discovered and fixed as soon as possible.

7. No Shortage of Problems

To reiterate, the P-51 is a pretty old warbird. Sooner or later, something is going to fall apart. It’ll start with screws, then springs, then maybe the engine is next. One thing is for sure, a lot of problems are going to come up. But Horschel said it’s all part of owning a plane. He’s had modern planes that also encounter a lot of problems too.

If you think getting it inspected every week is a hassle, then you ought to know how much an engine overhaul costs. A Merline engine only has a Time Before Overhaul (TBO) of 500 hours for commercial use. According to Horschel, an overhaul would cost around $100,000. Though that kind of money is probably nothing to you. After all, you did buy a million-dollar plane already.

Horschel’s cruise speed with his Mustang is usually around 270 knots or ~300 mph. On those trips, he would burn 62 gallons of fuel per hour. He also does a bit of aerobatics on the side. During those times, it could balloon up to 85 gallons an hour. The average, he said, would be 60 to 65 an hour.