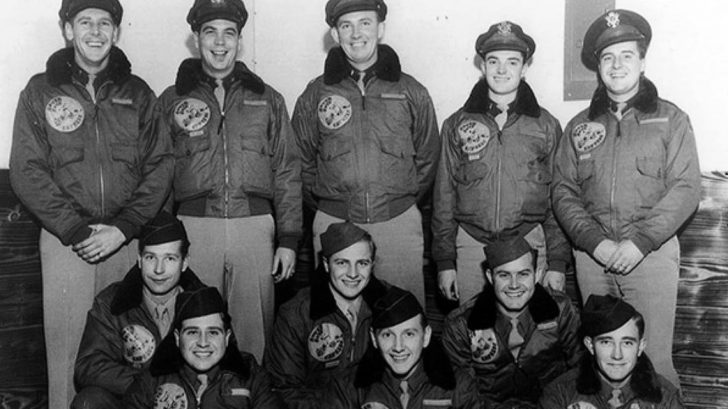 1st Lt. Edmund Smith and his B-29 crew took off on January 27, 1945, from Isley Airfield for a bombing mission. Their main target was Tokyo’s Musashiho and Nakajima aircraft factories. Destroying these factories would help cripple the production of Japanese planes. However, just 15 miles out west near Mt. Fuji, their plane was attacked by none other than Isamu Kashiide. Kashiide had a reputation for being the best B-29 killer. He claimed that he shot down 26 B-29s though only 7 were later confirmed.

Kashiide was in a Ki-45 “Nick / Dragon Slayer” when he spotted the B-29. Sgt. Vito Barbieri and the rest of the gunners were busy shooting down a Japanese Zero. That was Kashiide’s chance to pounce on the B-29 and approach it head-on. He fired his 37mm autocannon and hit the B-29 right on its nose. The damage was more than enough to make the crew lose control of the plane. Soon, they lost cabin pressure and the temperature went down to -58 degrees. They quickly began to fall behind the formation as the plane struggled to fly from losing two engines.

The B-29 still kept relatively steady while losing altitude. Meanwhile, a squadron of Zeros prepared their third and final attack on the bomber. The Zeros approached from behind and fired on the B-29’s tail, tearing down most of its horizontal and vertical stabilizers. Still, what was left of the tail was enough to buy the crew time to prepare to bail out. As Lt. Smith ordered the crew to bail, the bombardier and 3 gunners decided to stay. The 4 men crashed into a nearby village and killed seven civilians on the ground.

According to Lt. Raymond Halloran, they were in a free fall for an estimated 24,000 feet before opening their parachutes at about 3,000 feet. As they start their descent, Japanese fighters closed in on them. Halloran thought it was the end of him as the Japanese were reported to shoot down parachuting aviators. Instead, a pilot named Hideichi Kaiho saluted him and flew away. This small yet significant interaction helped Halloran understand that not all men were monsters – they were all just doing their jobs.

The remaining 7 safely landed but were beaten by the Japanese crowd waiting for them to land. Halloran was taken to Kempei Tai, a prison known to torture its inmates. He received no medical attention, was interrogated, put in solitary confinement, and was fed a small ball of rice a few times a day. After a few months, he was relocated to the Ueno Zoo. There, he was put inside a tiger cage where civilians could make fun of his appearance. A month later, he was put in the same POW camp as Gregory “Pappy” Boyington. The two became friends and were rescued 4 months later. Halloran was at Boyington’s funeral in 1988 at Arlington National Cemetery and delivered a eulogy.

Halloran was one of the last surviving members of the Rover Boys Express. He died in 2011 at the age of 89 and was buried at the Arlington National Cemetery.