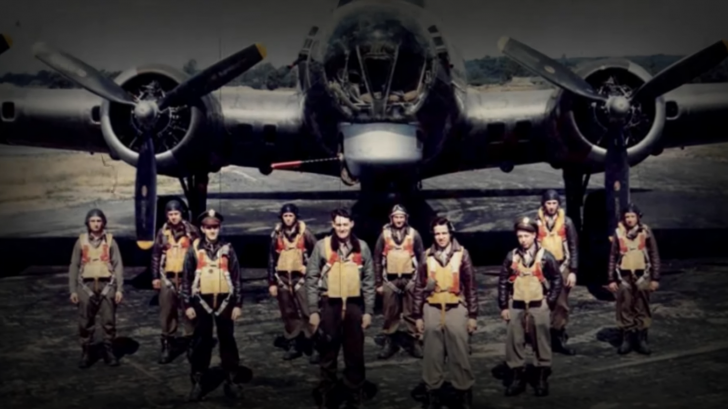 On November 23, 1944, a B-17 bomber crashed near a group of Allied soldiers in Belgium. As it crashed, witnesses noticed that the B-17’s engines were still running. The soldiers near the wreck waited in anticipation for the crew to exit the plane themselves. After all, there were no flares fired to signal an injured crew member.

Much to their dismay, nobody got out and Major John Crisp decided to investigate by going inside the cabin. There, he found half-eaten chocolate bars and unused parachutes. Crisp’s discovery took everyone by surprise.

Meanwhile, in a not-so-far-away airfield, the actual crew of the B-17 landed safely using their parachutes. According to Lieutenant Harold DeBolt, the pilot of the bomber, the plane was hit twice and one of the plane’s engines was damaged because of flak.

As the plane slowly lost altitude, the second engine decided to stop running. With no other choices left, DeBolt put the plane on autopilot and ordered the crew to bail at around 2,000ft. The plane somehow managed to fly for a few more miles until it crashed.

DeBolt and Crisp’s stories were contradicting each other. Crisp stated that only one engine was damaged and that there was no flak damage to the plane.

This error can be attributed to the fact that Crisp did not have the proper training to identify if an engine was operational, or even differentiate between damage from flak or a rough landing.

At the end of the day, all of the crew survived and that’s the best outcome you can ever wish for during crash landings.