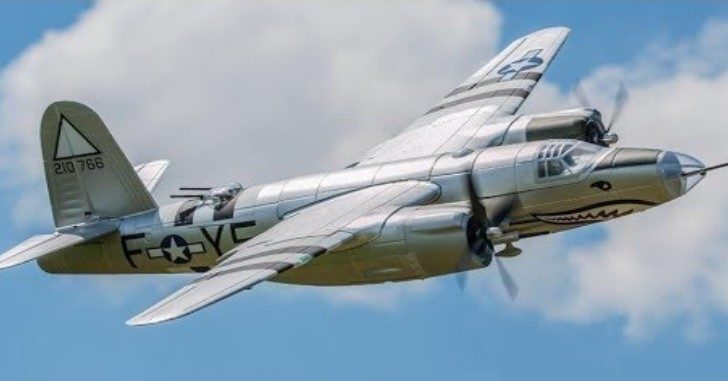 The B-26 Marauder became one of the most feared aircraft in World War II. Engineer Peyton Magruder of the Glenn L. Martin Company created this revolutionary twin-engine medium bomber. But it soon gained a notorious reputation as an aircraft far too dangerous to fly.

Here are the ten disadvantages of flying the B-26 Marauder:

1. It was rushed into service

In the 1930s, the American aviation industry was geared toward creating commercial planes, simply not up to modern air combat standards. The US paid little attention to the rise of the Germans in Europe and couldn’t identify the danger of Japanese expansionism early on.

2. Suffered a series of problems due to a lack of testing

When the war broke, the B-26 was rushed into service with no prototypes for testing. It was taken directly from the drawing board to production.

3. Shortages in the defense industry

In 1941, difficulties arose due to many shortages. Aluminum and propellers were not available during those times.

4. It had an alarming rate of deadly accidents

5. Most trainee pilots found it too hot to handle

If pilots bring it in too slow, it will stall, spin, and crash! Pilots and training crews encountered problems learning to fly it.

Even the ground crew had experienced issues in maintaining and servicing the aircraft. It also had tire problems; if the airplane blew during lift-off, it would kill the crew.

7. Its early missions were riddled with organizational chaos

Pilots were riddled with organizational confusion during the B-26’s early missions in the North Africa desert. The crew had no bombing strategy, little coordination, and no maps of targets.

8. It had inexperienced pilots and mechanics

After many accidents, it was ordered for production to be halted. It was then found out that the major causes of these accidents are inexperienced pilots and mechanics. To salvage the B-26’s reputation, Gen. James Doolittle, commander of the celebrated Tokyo Raid, created a training program for pilots and mechanics, rescuing it from Congressional action.

9. Increased weight of the aircraft

Modifications of the B-26 early on, extra armor plating, torpedo wrecks, and top gun turret were added, increased the aircraft’s weight. This eventually caused the B-26 to suffer a series of issues.

After an initial nose wheel collapse, nose wheel issues reoccurred a couple of months later, which grounded the aircraft. The parts were too brittle thus, breaks easily during the impact of the landing. This was due to a manufacturing problem.

Despite these initial problems that plagued the B-26 early on, it was able to redeem itself during its latter years because of modifications.

It soon earned the reputation of being a deadly precision bomber- the “Widow Maker” had miraculously turned into a “Widow Saver.” When the war ended, it made history by having fewer combat losses than any other allied bomber in the world.