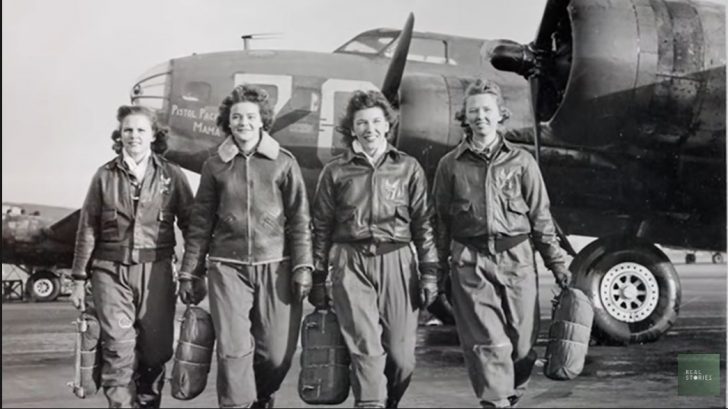 There were pioneers even before women could fly combat missions to Afghanistan and Iraq. They’re known as the Women Airforce Service Pilots (WASPs) of WWII. Their central role was to fly fighter planes from factories to Air Force bases and tow and test new aircraft for the United States Air Force.

Here are the reasons how WASPs played a critical role in WWII Victory:

1. Filled in the shortage of pilots during the war

Because many American pilots were deployed overseas for combat duty, it created a critical shortage of pilots in the US.

Nancy Love, one of the best female aviators of her day, wrote to General Olds of the Air Transport Command with a plan to use female pilots in the military, ferrying planes. While this idea was relatively unheard of back in the day, the shortage of ferrying pilots forced the military to consider training women to support the war effort.

All in all, WASPs had ferried a total of 12,000 military aircraft between 1942-1944. They ferried new planes from factories to departure points and military bases of the war.

3. Flight-tested all types of military aircraft

During their service, they flight-tested all kinds of military aircraft, including four-engine bombers, a vital yet dangerous task.

In June 1944, Dora Dougherty and Dorothea Johnson Moorman flight tested the Boeing B-29 Superfortress “Ladybird” when male air pilots refused to flight-test it, thinking of the mission as too dangerous.

4. Dedicated their lives to their country

38 WASPs gave their lives for the war effort. One of them is Hazel Ying Lee, the first Chinese-American woman to ever fly in the US military. Lee died when another plane collided with hers, causing a crash.

5. They even engaged in top-secret missions

As they proved themselves as reliable pilots, their job expanded. “Operation Aphrodite” was launched as a counterattack against German V-2 rockets where small, unmanned, radio-controlled aircraft were flown, crashing them into V2 rocket launch sites. Meanwhile, a WASP pilot took control of bigger planes in case something went wrong.

Twenty-five recent WASP graduates engaged in a “top secret assignment” in Camp Davis. Their job is to tow flying shooting targets so that men on the ground can practice with airborne targets.

WASPs also served as flight instructors. Cornelia Fort narrowly escaped a mid-air collision with a Japanese aircraft when conducting a civilian training flight with her student at Pearl Harbor.

Over 1,074 women in the WASP program served the country during World War II. They completed tons of domestic missions, flying over one million miles in service of the war.

While WASPs are meant to fill in and not replace men pilots, they were able to free at least 900 male pilots for combat duty.

10. Their safety records are impressive

WASPs pilots’ safety records exceeded those of their male counterparts doing the same job. Sadly, when the program was disbanded in December 1944, these women who bravely fought the war didn’t receive veteran status until 1977.

Being the first women to fly for the US military, the WASP legacy lies on. It managed to build a legacy of female empowerment and achievement during its day, and paved the way for women to serve equally in the United States Air Force.