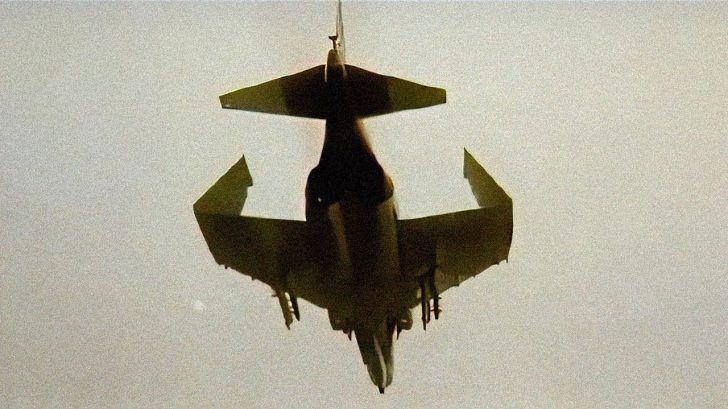 Forgetting to use your seatbelts in a car is one thing, forgetting to unfold your plane’s wings is a whole other story.

On January 22, 1968, a pilot of the VF-53 Navy squadron aboard the USS Bon Homme Richard took off at night with his F-8 Crusader. It was supposed to be a routine exercise wherein the pilots would fly up to 2100 feet, land, and then take off without stopping.

The pilot of the F-8 wanted the exercise to be done as soon as possible. So, he hopped in and took off without completing his checklist. In the middle of the exercise, he felt something was off when he was doing his maneuvers. When he radioed ATC to ask for help, he was shocked to find out why his plane was acting abnormally – his F-8’s wings were still folded.

He remembered a similar incident happening to an F-8 that flew with folded wings. In the report, the engineers only had one piece of advice – do not, under any circumstance, unfold the wings in the air. Doing so would make the pilot lose control of the aircraft and cause it to spiral down.

Surprisingly, the aircraft flew relatively well and he was able to return and land safely on the ship. The only damage was to its wing fold which got bent and its wing fault mechanism which was broken.

Still, it is shocking to see incidents like these happen. You’d think unfolding the wings would be one of the top priorities before taking off.