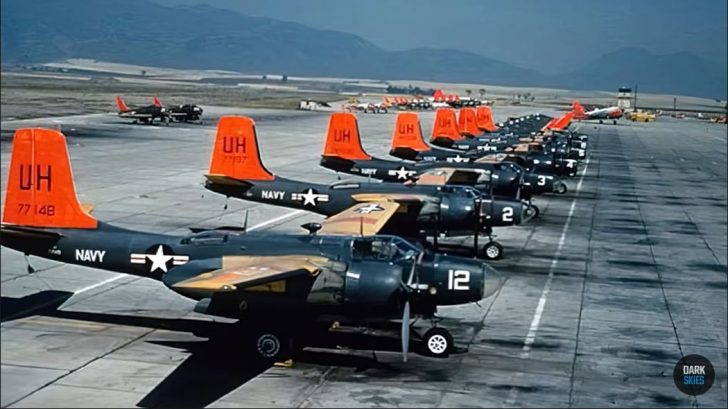 The Douglas A-26 Invader was an American twin-engine light bomber attack aircraft that carried extensive bomb loads and a wide range of guns. It was built by Douglas Aircraft in World War II and produced for the US Air Force.

Here are the five interesting facts about the A-26 Invader you probably didn’t know:

1. It was the only American bomber to fly missions to 3 different wars

It served the US air force during the Cold War and conflicts in Korea, Vietnam, and Southeast Asia until 1969. It was heavily used in the European and Pacific theaters during World War II. The A-26 was also one of the few war aircraft in service during the post-war period.

2. The A-26 underwent many redesignations during its lifetime

3. It’s often confused with the Martin B-26 Marauder

Although the two are often confused with each other, the Marauder first two years before the Invader. Both models are powered by the r-2800 double wasp 18-cylinder double-row radial engine, which was most commonly used at the time.

4. The Invader first saw action in the 5th Airforce in the South Pacific Theater

One of its first missions is to retrieve Japanese-occupied islands in Indonesia.

5. The last active Invader to serve in the US Miltary assigned to the Air National Guard

In 1972, it eventually retired from military service. Afterward, it was donated to the National Air and Space Museum.

This three-seat light attack bomber is well-known for its versatile design. Indeed a legendary aircraft of its time!