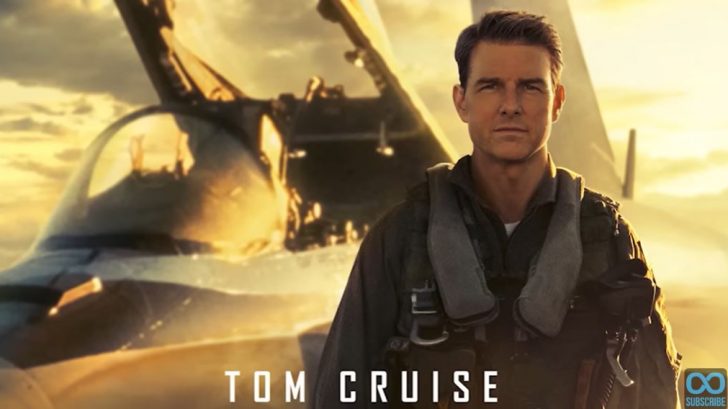 After more than 30 years, Tom Cruise reprises his role as the legendary Top Gun character Pete “Maverick” Mitchell. When it first hit the theaters, the film received a standing ovation at the Cannes Film Festival and a box office success. It also became Cruise’s highest-grossing film to date.

So, in case you missed it, here are the 10 Top Gun: Maverick details only true fans noticed (warning, spoilers ahead!)

1. The opening of the film’ was a tribute to the previous director’s work

The film’s director Joseph Kosinski faithfully recreated the opening sequence of the film as a tribute to Top Gun’s original director Tony Scott, who died by suicide.

The first scene is nostalgic to Top Gun fans from the black and white title card, all the way to the silhouettes of the crew members ready for plane take-off as the Top Gun anthem plays in the background.

2. Everything old is new again

When Maverick first arrives at the Naval Air Station in North Island, he’s seen with his old aviator sunglasses, helmet, jacket, and motorcycle.

Eagle-eyed fans can easily recall these costume pieces, as well as the Kawasaki Ninja motorbike from the 1986 movie.

In fact, Penny Benjamin was actually the admiral’s daughter, with whom Maverick appeared to have past entanglements with, and something that was mentioned in the first film.

4. The US Navy gave the cast and crew unprecedented access to Top Gun equipment

The Navy saw the movie as a great recruitment tool for pilots. During the first film, enrollment skyrocketed to 500% when the original Top Gun hit the theaters.

5. The enemy country in both movies was never really identified

In Top Gun: Maverick, the anonymous bad guys are on the other side of NATO enriching uranium for a nuclear weapon they’re developing.

Critics and fans alike had their guesses on two countries- Russia and China. Both countries fly 5th-generation fighters and already have their nukes.

While Iceman rose to the ranks as an admiral to the Pacific fleet while Maverick remained stuck as Captain, the film implied that stayed close after the first movie. Toward the end, Iceman succumbed to his illness- throat cancer.

In real life, actor Val Kilmer had throat cancer and lost his voice as a result.

7. Other scenes in the movie were an acknowledgment of the late Tony Scott’s influence

In the first movie, Paramount almost fired Scott (who was then the movie’s director) for shooting a full day on a volleyball game scene. Surprisingly, it eventually became one of Top Gun’s most iconic scenes.

In the sequel, Maverick challenges his team to play a friendly game of dog fight football. While the sport has changed, it was still a clear allusion to Scott’s influence.

8. It’s more of a remix of Top Gun than a sequel

There are some scenes in the movie that had a thematic resonance to similar scenes played out with slightly different outcomes. Particularly when Maverick was thrown out of the building by Hangman and company.

The next morning, they found out that the guy they threw out the night before was their instructor. This sequence was a reference to the bar scene in the first movie but only with roles switched.

Maverick’s love interests were Porsche girls! In the original movie, the female lead was seen driving a 1958 Porsche 356. Meanwhile, in the latest film, Penny drives a 1973 Porsche 911s.

10. Had curious parallels to Star Wars

Some fans may also have noticed parallels to the Star Wars film. Maverick’s team’s mission to explode the uranium target is quite similar to Luke Skywalker’s heroic efforts to destroy the Death Star.