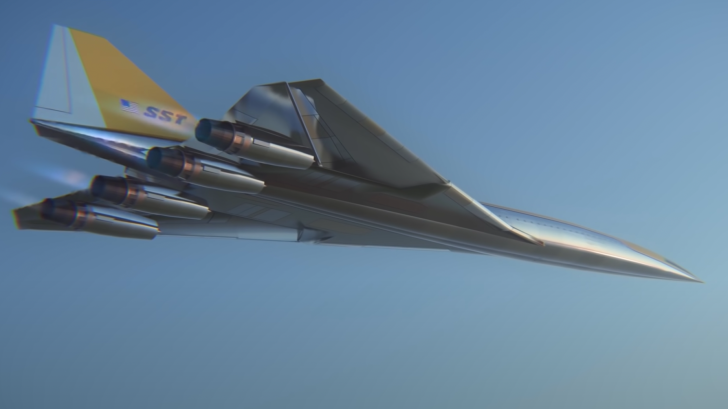 To achieve supersonic speeds while housing almost 300 passengers, the Boeing 2707 had to be designed with four GE4 turbojet engines. It also had to be made of material that could handle the heat produced by flying at supersonic speeds. These factors would lead to difficulty in procuring materials and overall being expensive to build.

The experience inside the aircraft isn’t great either. Its windows were only 6 inches because of the pressure present in higher altitudes. Boeing did try to “solve” this by putting a 12-in internal pane and including a retractable television every sixth row.

The existence of sonic booms did not make it easier for the 2707 to be accepted by the public. For months, Oklahoma City was part of a months-long test regarding sonic booms. They would hear sonic booms created by the XB-70 which rightfully angered its residents. Thousands of complaints were filed and the damages totaled $12,845.32. Others argued it harmed people who do delicate work and those with nervous ailments.

As the rise of Environmentalists grew, so did the concerns about the depletion of our ozone layer. Allegedly, the water vapor from the engines released into the stratosphere could cover the world. Meanwhile, the dangers of nitrogen oxide from the 2707’s exhaust were actually backed up by MIT research.

Even though the project was supported by then-President Richard Nixon, the US Senate refused to provide further funding for its development. Despite efforts from various American SST supporters, the House of Representatives still axed the plane’s funding two months after the Senate did.