1. He Was A Visionary While spending some of his younger years in junior officer training, he trained units and various regiments while under a supply and logistics role. During this short amount of time, he saw the value in developing tanks and firepower than infantry offensives.   2. Studied Tanks and Trucks He trained […] More

1. Fresh Crew, Fresh Plane 9 new crew members were assigned to the 376th Bombardment Group on March 18, 1943. A week later, a new B-24D Liberator was assigned to the same squadron as the 9 crew members. The crew soon took hold of the Liberator and had their first mission about a week after. […] More

Mission: Bomb Berlin On May 19, 1944, the 331st Bomb Squadron of the 94th Bomb Group journeyed towards Germany from a base in England. That day, B-17 bombers were tasked to go over Berlin for a bombing mission. One of the participating B-17s, named Miss Donna Mae, was piloted by First Lieutenant Marion Reid. They […] More

1. The Champion of Champions The B-58 Hustler was ahead of its time when it was first introduced in the 1960s. As proof of that, it won 5 major trophies that we’ll include in this list, along with the world speed records it set.     2. Broke Six World Records In A Single Flight […] More

Just like the B-52 Stratofortress, the U-2 Dragon Lady is still actively used today. This high-altitude reconnaissance plane just keeps getting better and better.   1. More Than 60 Years In Service Its first flight was 67 years ago and was in service about a year later. It could fly up to 70,000 feet and […] More

1. Shigenori Nishikaichi Was Shot Down During The Assault He was part of the 2nd wave of attacks, flying his A6M2 Zero while strafing and bombing targets across southeastern Oahu. The 22-year-old’s Zero was later damaged and he set out to land on an “inhabited” island called Niihau. He hoped that a Japanese submarine would […] More

Why does the nose come off? The SR-71 had three types of nose cones. Training noses that only had weights for simulation, radar noses to fit radar instruments, and a nose cone to fit a camera. The camera is commonly referred to as “The Country’s Camera” since it can take a picture 72 miles wide.  […] More 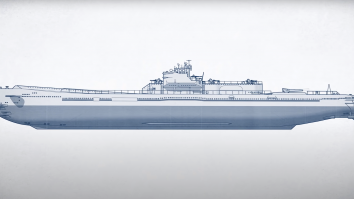 A Hail Mary The Japanese Navy needed a revolutionary weapon of mass destruction capable of turning the tides of the war. One such idea came in the form of a submarine that doubles as an aircraft carrier. Merging the stealth capabilities of a submarine and strike capabilities of carriers, the I-400 was already too good […] More 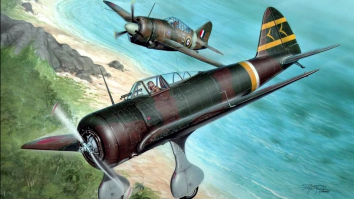 1. First Low-Wing Monoplane Fighter of Japan Japan was looking for their first low-wing monoplane to replace their Ki-10 biplane fighter. The Ki-27 won due to its low wing loading and good maneuverability. The lack of more armaments meant it weighed considerably lesser than Western fighters.   2. Quick and Agile This highly nimble fighter […] More 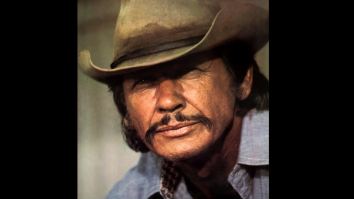 1. He had a foreign accent Despite being born and raised in the US, his fellow servicemen thought he was from another country because of his strong foreign accent. Growing up in a Lithuanian household, it wasn’t until Bronson (born Charles Buchinksy) was a teenager that he learned how to properly speak English.   2. […] More 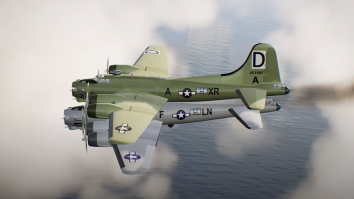 The Mission On December 31, 1944, Glenn Rojohn and his crew were in their B-17G for a bombing mission over Hamburg. This time, the Germans fought hard and met the bombers with anti-aircraft guns. The number of Flak shells in the air severely hampered their visibility and coordination.   Aggressive Bf 109s While on their […] More 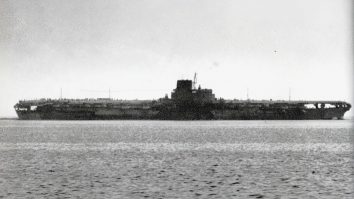 One Secret Ship To Rule Them All  The might of the Imperial Japanese Navy was too much for countries in the Pacific at the time. However, the results of the Battle of Midway weakened their power. “Shinano” was supposed to be the ultimate ship that would rule the Pacific. It was so highly regarded by […] More