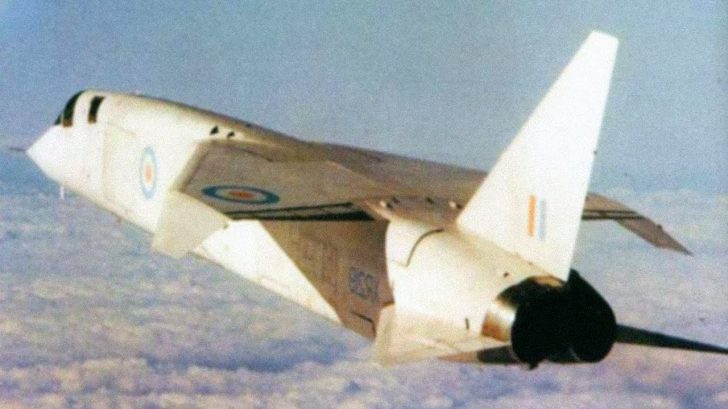 In 1955, the specifications were readied and named GOR.339. According to the paper, the TSR-2 had to be able to deliver nuclear weapons over long range, reach Mach 2, and have STOL or VTOL capabilities. These changes were due to the effects of nuclear strikes on runways and airfields, making them harder to take off from.

The BAC TSR-2  had side-looking radar and could provide aerial reconnaissance using its photographic imagery capabilities. It also had an autopilot system installed which enabled it to do long-distance terrain-following sorties. This, in turn, raised the cost of the project during its development stage.

It could initially carry one 15-kt Red Beard nuclear bomb. They soon changed the normal load to four WE.177 nuclear bombs, two on its bomb bay and two on the underwing pylons. These nuclear weapons were designed by the Royal Navy and Royal Air Force for strategic and tactical missions.

4. Competed With The Blackburn Buccaneer

At the time of its inception, the Royal Navy was deep into the NA.39 project that eventually became the Buccaneer. The Navy felt that the NA.39 project could easily be split into two versions – one for the NA.39 and the other to fit the GOR.339 requirement. This caused a lot of controversies and distrust, resulting in delays.

5. Delayed by the Defence White Paper

When the 1957 Defence White Paper was issued, it stated that ballistic missiles were the future. Defence Minister Duncan Sandys argued that these were better since it was unmanned, meaning fewer casualties in the long run. RAF officers refuted this statement since mobility was important on the battlefield.

6. Companies Were Forced To Work Together

There were a lot of companies vying to get military funding in the UK but the orders were decreasing. To set it straight, the UK government decided to only accept proposals from companies working together. They hoped that this would make companies merge in the process.

Four years after imposing the project’s requirements, it was redefined again to have more specific specifications. Now, it needed to be able to fly at 200 ft or less in addition to achieving Mach 2 at altitude.

The TSR-2 was 89 ft long with shoulder-mounted delta wings and turned-down wing tips. The main wheels would retract into the fuselage while its fin and horizontal tail surfaces controlled the pitch and roll alongside the ailerons.

9. Only One Air Frame Flew

Prototype XR219 flew on September 27, 1964, and showed great potential. However, it had problems with its engine and undercarriage retraction which caused a lot of delays. At one point on the 5th test flight, it had to do an emergency landing.

The Cabinet held two meetings, ultimately deciding to cancel the BAC TSR-2. They claimed that the cost was already too high and that F-111s from the US were far better and favored by many. It was officially canceled on April 6, 1965.

Some might theorize that the cancellation was ironed out from Defence Minister Denis Healy and US Secretary of Defense Robert McNamara’s meeting which resulted in the UK favoring the American F-111s in exchange for the US backing the UK’s IMF Loan.